We held a Zoom book review last evening of The Politics Industry: How Political Innovation Can Break Partisan Gridlock and Save Our Democracy (2020), by Katherine Gehl and Michael Porter. The book was based on an earlier paper by the same authors, published by the Harvard Business School, titled, Why Competition in the Politics Industry is Failing America: A Strategy for Reinvigorating our Democracy (2017). The gist of both works is that our political industry only really serves itself well, not the American people, and that a healthy dose of political competition is sorely needed. I believe the authors are correct on both points.

On the first point, we can look to research that evaluates the impact of policies relative to particular political actors. For example, a 2014 study from researchers from Princeton and Northwestern, Testing Theories of American Politics: Elites, Interest Groups, and Average Citizens, found that “economic elites and organized groups representing business interests have substantial independent impacts on U.S. government policy, while mass-based interest groups and average citizens have little or no independent influence.”

Even though most Americans have probably not read such research, they intuitively understand this point to be true. Pew Research has been tracking public trust in the federal government since 1958. We reached our highest level of trust in 1964, with 77% of Americans saying they trusted our politicians in Washington to do what is right “almost always” or “most of the time”. Since then, public trust has steadily eroded, with brief bumps during the Reagan administration, and toward the end of the Clinton and beginning of the W. Bush administrations. In 2019, the last year for which results were available, public trust in D.C. was down to a lowly 17%. 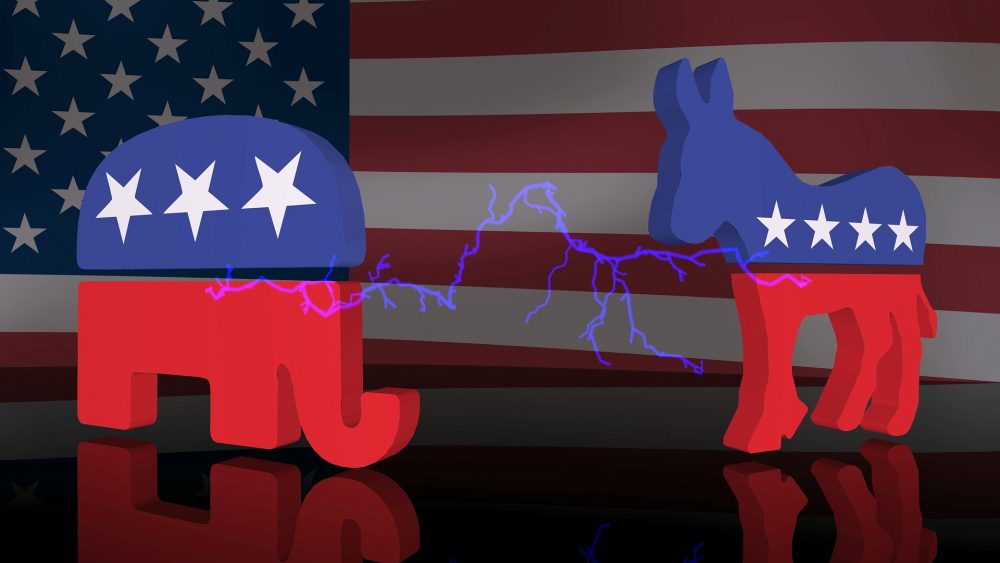 I think the authors are correct in their second point, also. We need more political competition to force the two major political parties to actually work to the benefit of everyday Americans, rather than economic elites and business-related special interest groups.

In most every other industry, competition works to spur innovation, lower costs, and provide better service to customers. In the politics industry, however, the lack of real competition, due to the dominance of the two party duopoly, results in less political innovation, higher spending by government, and lack of benefit to everyday Americans.

The duopoly does work well in protecting its own turf, keeping out competition in the form of new political parties, helping to ensure that incumbent office-holders are reelected, and enriching the immense political industrial complex that supports our current system. In the words of Katherine Gehl, “our political system isn’t broken, it’s fixed”; in the sense of being rigged.

The authors go on to suggest two main reforms, which can be bundled together, as final five voting. Briefly, these consist of nonpartisan primaries, where the five candidates with the highest vote totals go on to the general election, which is in turn conducted using ranked-choice voting, also known as instant runoff voting. The combined result would both force candidates from both major parties to work more for the general public benefit, rather than merely pandering to their respective partisan bases, and should also allow new parties to be more politically viable.

This kind of competition would be very good, I believe. And, I think most of my fellow Americans agree. In 2019, 42% of Americans identified as independents, while only 30% identified as Democrats and 26% as Republicans. And, just last month, American support for the emergence of a viable third party reached an all-time high of 62%, with only 33% of Americans believing that the two major parties are doing an adequate job representing the public interest.

Positive political reform efforts are gradually advancing across the nation. For example, ranked-choice voting was adopted in Maine in 2016, and in Alaska this past November. But, what about First-in-the-Nation Iowa? Unfortunately, thanks to our Republican-controlled state legislature, we are going in the opposite direction, further widening the moat which protects the duopoly.

In the past two weeks, the Iowa House and Senate passed legislation which would not only reduce access to early voting, which has received most of the attention, but also would increase the hurdles required for third-party candidates to achieve ballot access. This is not a good development for those of us who want our political system to serve everyday Americans, rather than the current political and economic elites.

Governor Reynolds has not yet indicated whether or she will sign this legislation. I hope she declines.

The Wisdom and Madness of Crowds Healthcare as Stimulus and Infrastructure?