The Peril and Promise of Populism

Like most Americans, I’m heartbroken by what happened at the U.S. Capitol on Wednesday. It was an assault on our democratic institutions, seriously damaged one of our two major political parties, and laid bare the deep divisions in our populace.

I was a “Never Trump” Republican from the beginning, even as a candidate for U.S. House in 2016. I could have supported many of the GOP candidates that year, but not Donald Trump. I came out publicly against Trump after the Access Hollywood tape surfaced, and voted for Gary Johnson in the general election. My decision to denounce Trump probably didn’t cost me my election, but it certainly didn’t help. Still, it was the right thing to do.

I hoped Trump might change, that he might rise to the dignity of the office of President of the United States, but I really didn’t think he would. He did not. He belittled everyone he felt opposed him, even those within his own party. That’s exactly what he thought of the Republican party; that it was “his”. To a large degree, he was right. For the most part, GOP candidates and lawmakers fell in line. Some seemed to be genuine fans of his new brand of “conservatism”, rebranded as “nationalistic populism”, or simply, “Trumpism”. Many were probably just opportunistic sycophants, hoping to catch a ride on the “Trump Train”. And, most others just bided their time; pushing back only when necessary, and keeping silent whenever possible.

But, he hollowed out the Republican party in the process. While I’m saddened that my father died two weeks ago, I’m glad that he and my mother (who passed nearly 14 years ago), both lifelong Republicans, were not alive to witness what happened in Washington, D.C.. Trump has broken the GOP, at least at the national level. It will probably recover, but the path forward is difficult to imagine right now. 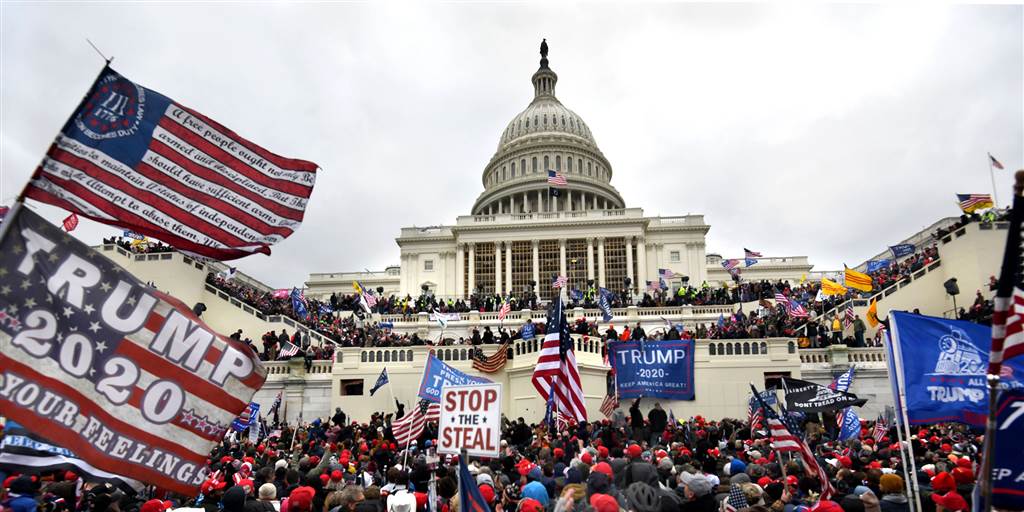 The lesson I am taking from the event this week, and from movements over the last dozen years, is the promise and peril of populism. Over a decade ago, we saw the rise of both the Tea Party and Occupy Wall Street. There was a fair amount of overlap between both movements, related to government bailouts of corporations while everyday Americans suffered. Populist candidates also surfaced, from Ron Paul in 2008 and 2012, to both Trump and Bernie Sanders in 2016 and 2020. Once again, there has been a considerable overlap between Paul supporters in 2012 and Trump supporters in 2016, and between Trump supporters in 2016 and Sanders supporters in 2020. Not complete concordance, certainly; but the Venn diagram circles definitely overlap. Add in the Antifa protestors, Trump supporters, and the Black Lives Matter movement. My point here is that there is a lot of political and societal unrest, and it doesn’t always fit neatly within a left-right paradigm.

The peril of populism, I think, comes when it is personified in single individual; at this moment, President Trump. At that point, it can become a cult of personality, in which the subject of devotion can do no wrong, and in which all who are perceived to oppose him (or her) are evil or stupid.

The promise of populist movements, if we are wise enough to recognize it, is that they are indications that things are not going well in our country. The lower and middle economic classes are suffering, while economic elites are doing quite well. Blacks and Hispanics feel targeted by law enforcement. Rural communities and formerly industrialized cities are suffering. Life expectancies are falling, while deaths to drug abuse and suicide continue to rise. Millions of Americas feel disenfranchised by our political system and don’t even bother to vote.

As a society, we are indeed not well. I think we need to look beyond the headlines and emotions of the present, and begin to focus our efforts on how we can make our country better, for all our people. Partisan politics-as-usual will not be the solution. We need to seek areas of common ground, develop policy ideas that would benefit all Americans, and work to reform our political system so that those ideas can actually be realized.

We’ve got our work cut out for us, so let’s get busy.