I’ve been away from this website for several months, as I’ve been focusing most of my efforts on reducing political polarization and restoring civil discourse through my role as the state coordinator for Better Angels in Iowa. Today, though, I feel I have to post something, if only for myself. Read at your own risk, but I hope it will be consistent with that Better Angels mission. 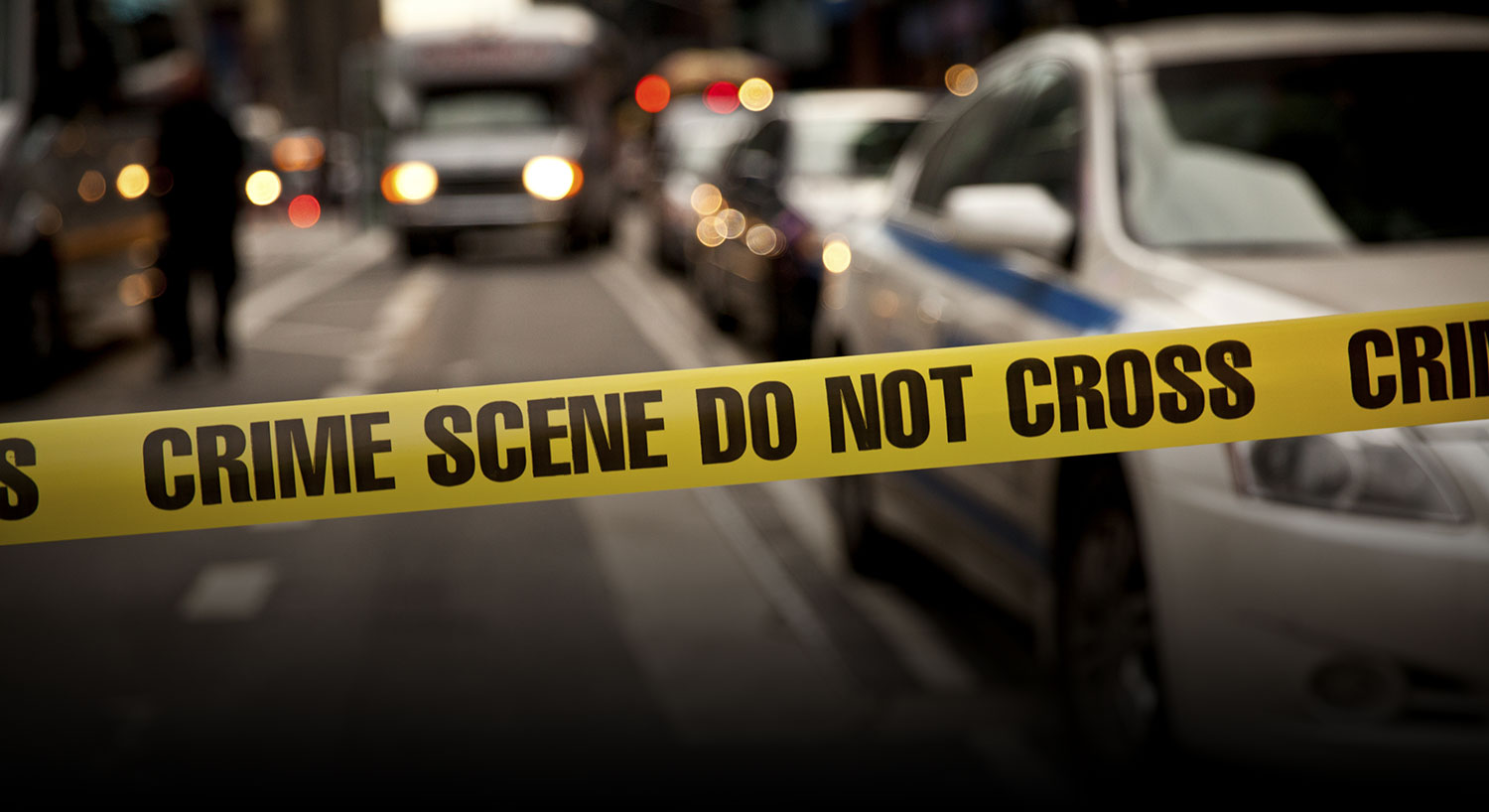 Like many Americans this weekend, I’m heartbroken about the recent shootings in El Paso and Dayton. I’m also heartbroken about another shooting this weekend, about which many of you probably don’t know. It appears to have been a reckless accident and involved only a single victim, rather than the purposeful acts resulting in the killing of scores of victims, as were the cases in Texas and Ohio. This one occurred in Kansas City, near my hometown of Lawrence, and where I lived for four years during medical school.

The victim was named Erin, who by all reports was a delightful person, and who was helping to make the world a better place through her work as a social worker and advocate for victims of domestic violence. I didn’t know Erin, anymore than I knew any of the victims in El Paso or Dayton. But I do know Erin’s father, Tom. We were high school classmates, and I enjoyed catching up with Tom at our 40th year reunion just last summer. I cannot imagine the pain Tom and his family are feeling right now. And, yes, this definitely makes this incident more personal for me.

But, that’s the thing, right? Each of these incidents was intensely personal to someone. Any victims, of course; but also their spouses, parents, children, friends, work colleagues, fellow church members, etc. I will readily admit that it is unfortunately easy these days to be momentarily disturbed reading about an event such as these, but then move on. These weren’t people we knew, and our lives are busy, so we click the next link. This time, for me, the next link is frequently to another article about what happened in Kansas City. I don’t learn much new, and certainly don’t receive much comfort, and it remains senseless and heartbreaking. 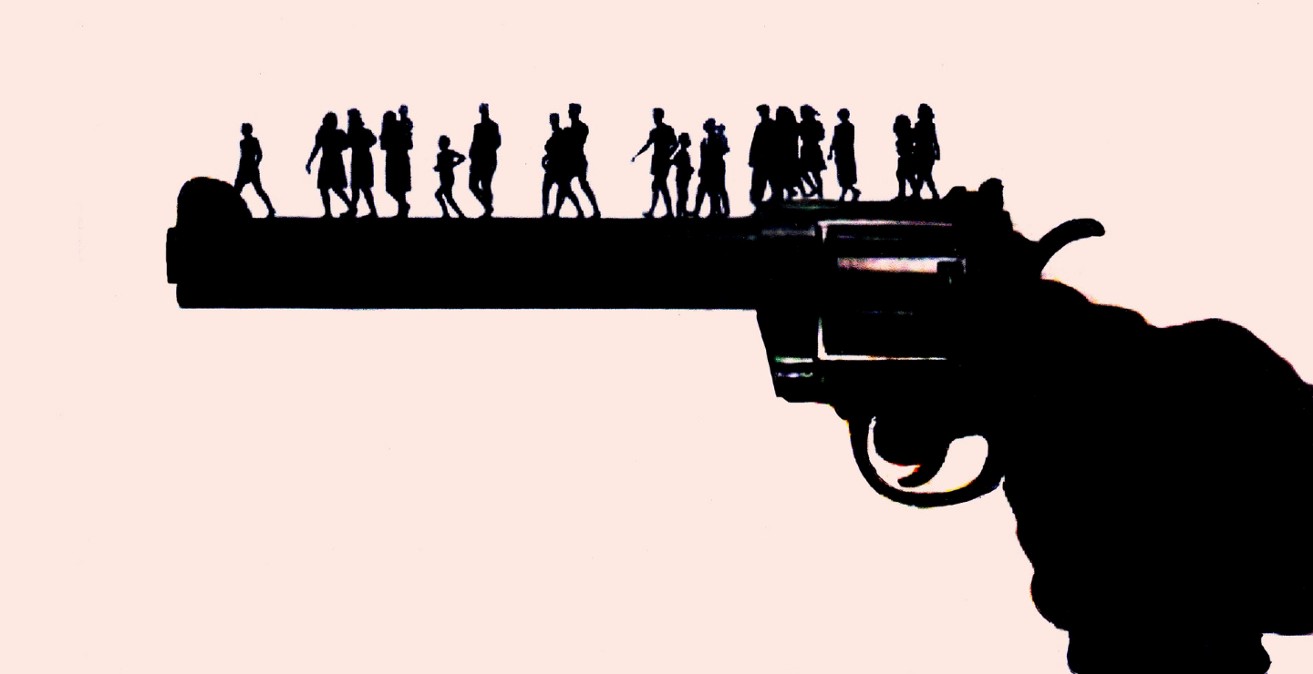 It’s all senseless and heartbreaking, though. The people in El Paso, Dayton, and Kansas City; and indeed people nationwide, are seeking answers and comfort. Answers, occasionally, we can find; but, sometimes we’re left with the realization that gun violence is little more than background noise, as seems to have been the case in Kansas City. And answers are really not a comfort; that only comes with time, I suppose.

But looking at those answers we might find possible calls for action. In El Paso, it seems clear that the perpetrator was motivated by hate, specifically against Hispanics. He is reportedly a Trump supporter, and may have felt empowered by some of the President’s rhetoric. In contrast, the deceased shooter in Dayton was a registered Democrat, and we as yet have no idea as to his motive for the shooting. It is likely that he was mentally ill, diagnosed or not, although that is less clear. We don’t yet know much about the Kansas City suspect, but he reportedly just randomly emptied his gun following a short confrontation at a festival, with no intention of killing my friend’s daughter.

These three incidents exemplify three of the root causes of much gun violence, though there are probably more. In El Paso, hate against a specific group. In Dayton, possibly mental illness. In Kansas City, the “background noise” of gun violence that is commonplace in our society. And, I’ll state what I think should be obvious, that anyone who amasses an arsenal with the intention of killing others, regardless of their stated motive, should be considered mentally ill.

After the first Democratic debate, in June, Elizabeth Warren was criticized for her “milquetoast” response to a question about gun violence, but she wasn’t wrong.  She called gun violence a “national health emergency in this country”, which I think is a reasonable approach. Yes, gun violence is less common now than it was a few decades ago, but any level of unprovoked gun violence should be undesirable, correct?

She went on to say that “we can also double down on the research and find out what really works, where it is that we can make the differences at the margins that will keep our children safe”. I don’t often agree with Elizabeth Warren, but I do agree with her in these selected quotes. We need to do what is both politically possible, and which would actually be effective.

The “political left” commonly calls for banning “assault rifles”, “automatic weapons”, and “high-capacity magazines”. Any rifle can be used in an assault, so I fail to see the distinction of labelling some as “assault rifles”. Automatic weapons are already largely illegal, but seem to be confused with semi-automatic weapons, as were used in all three of these events. And, magazines are nothing more than a casing of plastic or metal containing a spring, capable of being produced by anyone, particularly in this era of 3D printers. Furthermore, none of these proposed solutions would have prevented the death of Tom’s daughter, who was struck by a stray bullet from a semi-automatic handgun, reportedly with a nine-round capacity magazine, which is hardly “high-capacity”.

For my friends on the “political left”, I don’t mean to be disparaging. I get that you want to do something, and I want do something, too! Like Elizabeth Warren, I want to do what is possible and practical. Arguing for a ban on specific types of weapons is neither. Such legislation would not likely pass a Republican-controlled Senate, might or might not be signed by President Trump, and would possibly be declared unconstitutional by our Supreme Court. Most importantly, any such legislation would not significantly impact the incidence of gun violence in America, overall. They would have not saved Tom’s daughter, or the majority of Americans killed by guns every day.

So, what can we do that is both possible and practical? Well, I will highlight the following actions, although there are undoubtedly others.

First, we all need to call out extremism when we see it. We don’t need any new laws against extremism. Public shaming is a powerful tool. You can express your displeasure at hateful sentiment on social media, or even more powerfully, in person. For anyone reading this who has “white nationalist” tendencies, feel free to stop following me. I don’t want to live in a “white America”. For all its failings, I appreciate the multi-hued palate of current-day America. I would like it to be more peaceful, and that its prosperity be more equally shared by all Americans, but I don’t long for everyone to look like me. That would be incredibly boring.

Second, we should advocate for greater investment in mental health, particularly at the state level. Not much help should be expected at the federal level, and I don’t think we’d like it if that came to pass. Along with that, if you know someone you think is “off” (as the purported Dayton shooter was described), follow up on that. No, we don’t want to discriminate against the mentally ill, who are not responsible for most violent crime, but we should express our concerns rather than wait for a catastrophe to follow.

Third, we should seek policies that ensure social justice by undoing those policies which have created injustice in the past. I can’t get on board with discussions regarding “repatriations” for the past sins of slavery, though sins they were. We should, however, advocate for the elimination of current policies which have perpetuated such injustices. While not comprehensive, these would include ending racial profiling in policing and prosecution, eliminating incarceration for victimless crimes such as drug possession, and promoting greater community investment in our most at-risk neighborhoods.

Finally, let us all do what we can as individuals in our communities. Get to know your neighbors and coworkers. Spend time with them, one-on-one, instead of via smartphones and computers. Despite the phrase that “familiarity breeds contempt”, I think familiarity more often breeds acceptance and tolerance. Walk your neighborhood, knock on doors, and strike up conversations. I believe that one of the biggest drivers of our current political polarization and destructive tribalism is that we don’t typically associate with “others” who are not like us, through bowling leagues, bridge clubs, civic groups, etc. We can change that, and we can do it now.

None of the above should be a “progressive” or a “conservative” concern. Gun violence can affect us all; without warning, without explanation, and without comfort. We should all be interested in leaving behind a better country for future Americans.

Addendum: Because someone asked,  I am a gun owner. But, I don’t see the issue of gun violence as something that should divide us along the lines of gun ownership. Every American should want to decrease gun violence, whether they own a gun or not.