Be Kind To Everyone 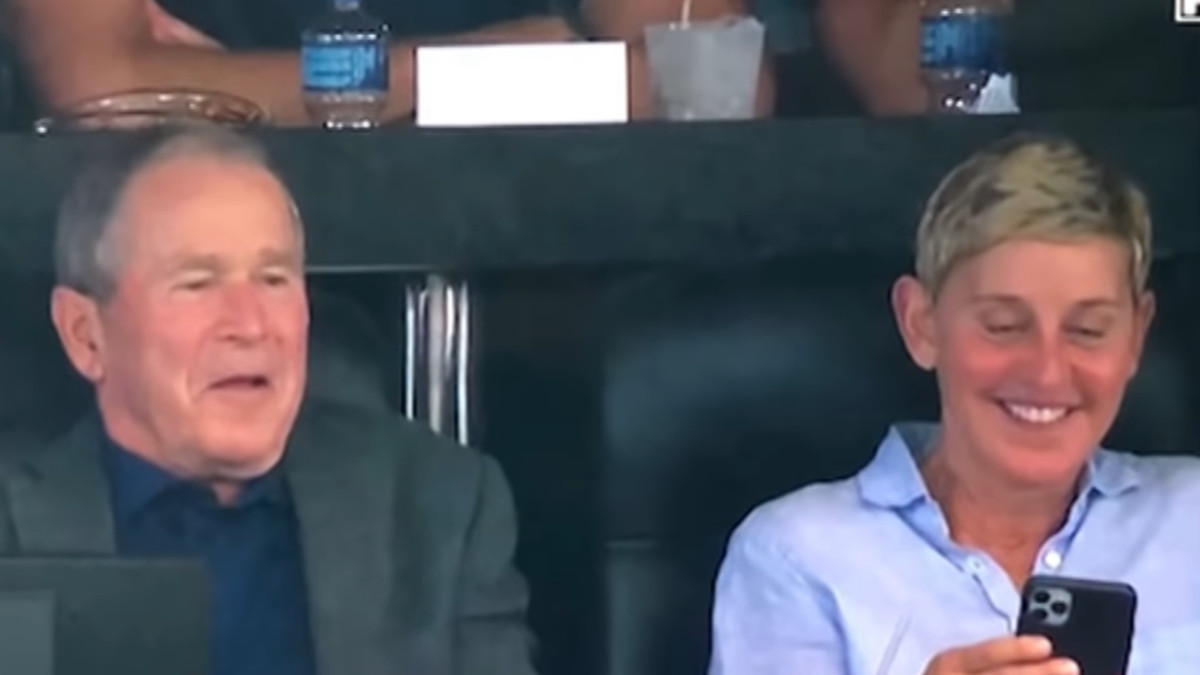 This is nearly old news by now, but Ellen DeGeneres attended a Cowboys football game the weekend before last (she was rooting for the Packers), and had to defend her friendship with President George W. Bush, who was sitting next to her. If you were living under a rock in the past week, you can catch up below:

The controversy continues, with some people on the left saying that her friendship with Bush is “appeasement”, an argument I just don’t get, and others on both the right and left defending her choice of friends. Honestly, it’s just crazy town out there!

The Ellen-George story provided a nice background to a recent presentation I gave on Better Angels in Marion, which was chronicled by KCRG:

KCRG: Group Works to Bring Liberals and Conservatives Together

Better Angels has a mission to depolarize American political conversations, and the group spoke Tuesday at the Marion – East Cedar Rapids Rotary Club.

Leaders from that organization said there is a growing divide between the values of Republican and Democratic parties along with growing animosity. They want to help people talk to one another with opposing political views without sacrificing their own ideals.

“I think this has the chance of healing those divides, repairing our broken politics, repairing broken families, and driving policy solutions ultimately, so getting that dialogue going again is critically important,” Dr. Christopher Peters, a two-time former candidate for the U.S. House of Representatives who is now with Better Angels in Iowa, said.

Upcoming viewings of the Better Angels: Reuniting America documentary are scheduled at the public libraries in North Liberty on 10/15, Fairfield on 10/15, Clive on 10/16, Cedar Falls on 10/21, and Ames on 10/28. We have lots of other events scheduled or in the planning stages, so keep updated through our Better Angels Iowa Facebook page.