One Republican’s Take on the Democratic Candidates

To state the obvious, this is shaping up to be another contentious election. President Trump has low approval and high disapproval ratings among the general population, but these have remained remarkably stable over time. And, his approval among Republican voters remains very high. Thus far, the impeachment proceedings seem to be pretty much a wash; hardening opposition on one side and strengthening support on the other. His incumbent status is hugely favorable, and his fundraising has been very good.Despite international upheavals of various sorts, our world remains semi-peaceful, at least in the minds of most voters. It’s unclear to me if bomb and drone attacks have or have not increased under this administration, but they were already plentiful during the Obama administration. And, in any case, they are happening “over there”, so are not a pressing concern for many Americans. Still, geopolitical upheaval is one thing that could upset the apple cart of Trump’s re-election, so it bears watching.The other is the state of the economy, which continues a decade of growth since the last administration. Let’s ignore the fact that no president has much control over the economy; if it’s doing well, they will get the credit; if it isn’t, they will get the blame. It’s not actually true that presidents have much influence over the economy, but that’s how most voters tend to see it. And, there are some early warning signs that the economy may be teetering. I won’t go into those details here, but it is another factor that could influence the outcome of the next election.

Right now, most serious political prognosticators seem to rate the upcoming 2020 general election as a toss-up, with an electoral college map slightly favoring the eventual Democratic nominee. Still, unless there is a serious geopolitical altercation (war with Iran, for example) or a severe economic downturn (and we are overdue for one), this will likely be another very close election that will come down to a few dozen swing counties in a dozen or so swing states. 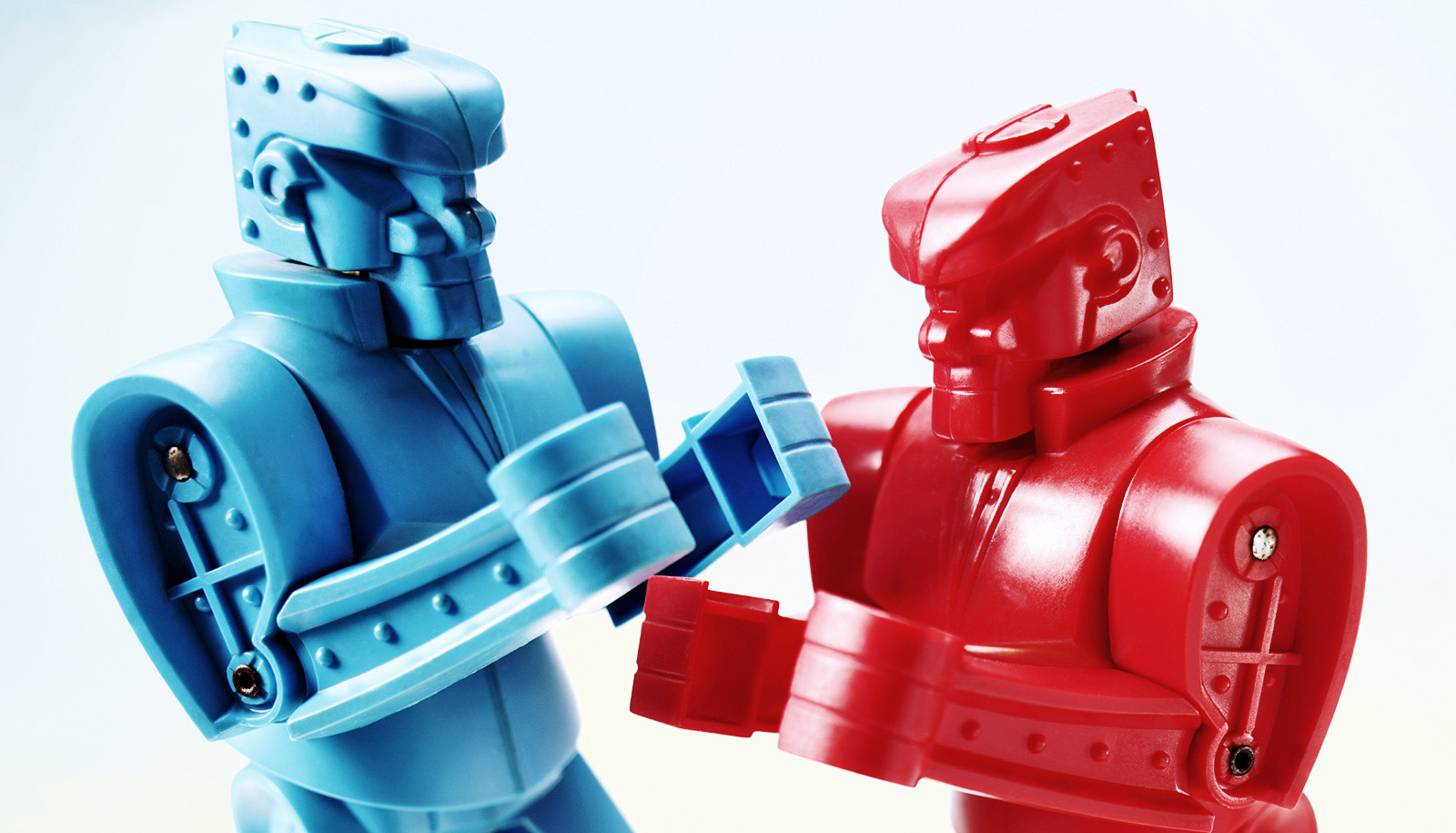 So, who are the contenders likely to face off against President Trump in November? Well, there’s still a load of them, but we should begin shortening that list soon, beginning with the first-in-the-nation Iowa caucus, which will take place only three days from the time of this writing.

Helpfully, The Onion recently provided a nice summary of nine of the Democratic presidential nominee wannabes. Their list is not only funny, but they also happened to pick the nine candidates I wanted to focus on in this post.

The Onion’s Guide To The 2020 Democratic Candidates

Joe Biden
He remains the presumptive front-runner, but I think he is the weakest presumptive front-runner we have seen since Jeb Bush in 2016. I’m not a neurologist or a psychiatrist, but I’m concerned about his mental acuity. He’s already infamous for his gaffes (and touching, and sniffing), but he’s also been dismissive, and even somewhat abusive, to potential Democratic caucus-goers in Iowa on at least three occasions, by my count. I don’t see him doing well, mano-a-mano, against Trump. They’ll both come across as angry old white guys, but Trump would be the toughest contestant in that fight, in my opinion.

Bernie SandersI still think he might have won in 2016, if he had been nominated. But, I believe his time has passed. He and Trump are now both known commodities, and barring a serious geopolitical or economic deterioration, I think Trump has the edge in this angry old white guys’ fight, too. Sanders has a fervent base, but some Democratic voters have been upset by overly-exuberant support by some members of that base. Sanders has also been damaged, justifiably or not, by his fellow progressive, Warren, and there still seems to be a lot of bad blood between the two campaigns. The “Bernie or Bust” crowd may become “Bern it all Down” if he doesn’t win the nomination, especially if it is perceived that the DNC has tipped the scales.

Elizabeth WarrenLike Sanders, I think Warren is too far left of the average American voter. Remember, this election is likely to come down to a few dozen swing counties in a dozen or so swing states. I think those swing voters know that there is no such thing as “free stuff”, and are skeptical of’ “plans for everything”. There is a cost to everything, and plans rarely work as intended. And, against Trump? “Pocahontas” is going to come up repeatedly, along with other baggage. I think Warren is plenty smart, and if she would focus upon correcting underlying inequities in our politico-economic system rather than drastic top-down overhauls of that system, she’d be stronger. But, that doesn’t play well on a bumper sticker.

Michael BloombergWho is he? He’s not campaigning in Iowa, so we really don’t know. He’s got loads of money, a media empire, and is in favor of Stop-and-Frisk, right? That’s about all we Iowans know right now, I think. He may be relevant after Super Tuesday, or perhaps not. We’ll begin to pay attention to him then, if so.

Pete ButtigiegI like Pete. I’ve seen him a couple of times. He’s conciliatory, connects really well with a crowd, and is fairly moderate politically, which is where the average American lives. As a veteran myself, I greatly appreciate that fact that he has also served. I could get behind Mayor Pete. There are, however, several concerns, here. First, he’s only a small-city mayor. Second, he has so far generated little enthusiasm among black voters. Third, he’s gay. That last part doesn’t bother me, but remember swing counties in swing states, and I think it might matter.

Andrew YangI like Andrew, too. I’ve seen him once. He’s the most imaginative of the Democratic candidates. His “Freedom Dividend” is often ridiculed, but it has roots dating to our county’s founding, as expressed in Thomas Paine’s Agrarian Justice. In essence, Paine argued that some kind of an “estate tax” should exist so that future Americans receive part of their “birthright” upon reaching an “age of maturity”. That probably only applied to free white Americans back then, but I don’t think the idea should be discarded out-of-hand. It makes more sense to me than a $15 an hour minimum wage, anyway. Some of Yang’s ideas are worth considering moving forward, even if he doesn’t.

Tom SteyerI haven’t seen him personally, but it seems like he’s damn near everywhere. On our phones, on our computers, and on our TVs. From what I’ve heard from those who have met him, he’s an earnest and likable guy. His biggest issue is climate change, and I think this is an issue Republicans need to address, though I don’t know the details of what Steyer proposes. Like Bloomberg, he will remain relevant as long as his money allows him to do so. We Iowans will pay attention to him as needed, but he seems unlikely to finish strong in our caucus.

Amy KlobucharI haven’t seen her in person, either, but I think she’s one of two Democratic contenders to represent the strongest opposition to President Trump. She’s a midwesterner, fairly moderate politically, likes casserole dishes, and has a sharp wit. She is one of the two Democratic candidates who I think could stand toe-to-toe with Trump and not only not flinch, but also draw blood. Her biggest downsides? Rumors that she is dismissive or mean to her staff, and the fact that, as the Onion points out, she “hasn’t attracted enough attention to have major flaws uncovered”. If Klobuchar comes in third or a strong fourth in our caucus, she could find a path forward, then those major flaws might be uncovered.

Tulsi GabbardI like Tulsi, too. I’ve seen her once, spoken at length with both her and his sister, and we connected over “aloha” shirts and my five years serving in the Army in Hawaii. Like Buttigieg, I appreciate that Gabbard is a veteran. She is the second of the Democratic contenders who I think would be a serious threat to President Trump in a general election. She’s a darling, along with Yang, of some Libertarian and liberty-leaning Republican voters. Unfortunately, she seems to be despised by many Democratic voters, and her repeated wrangling with Clinton hasn’t helped her, so she won’t likely do well in our caucus. 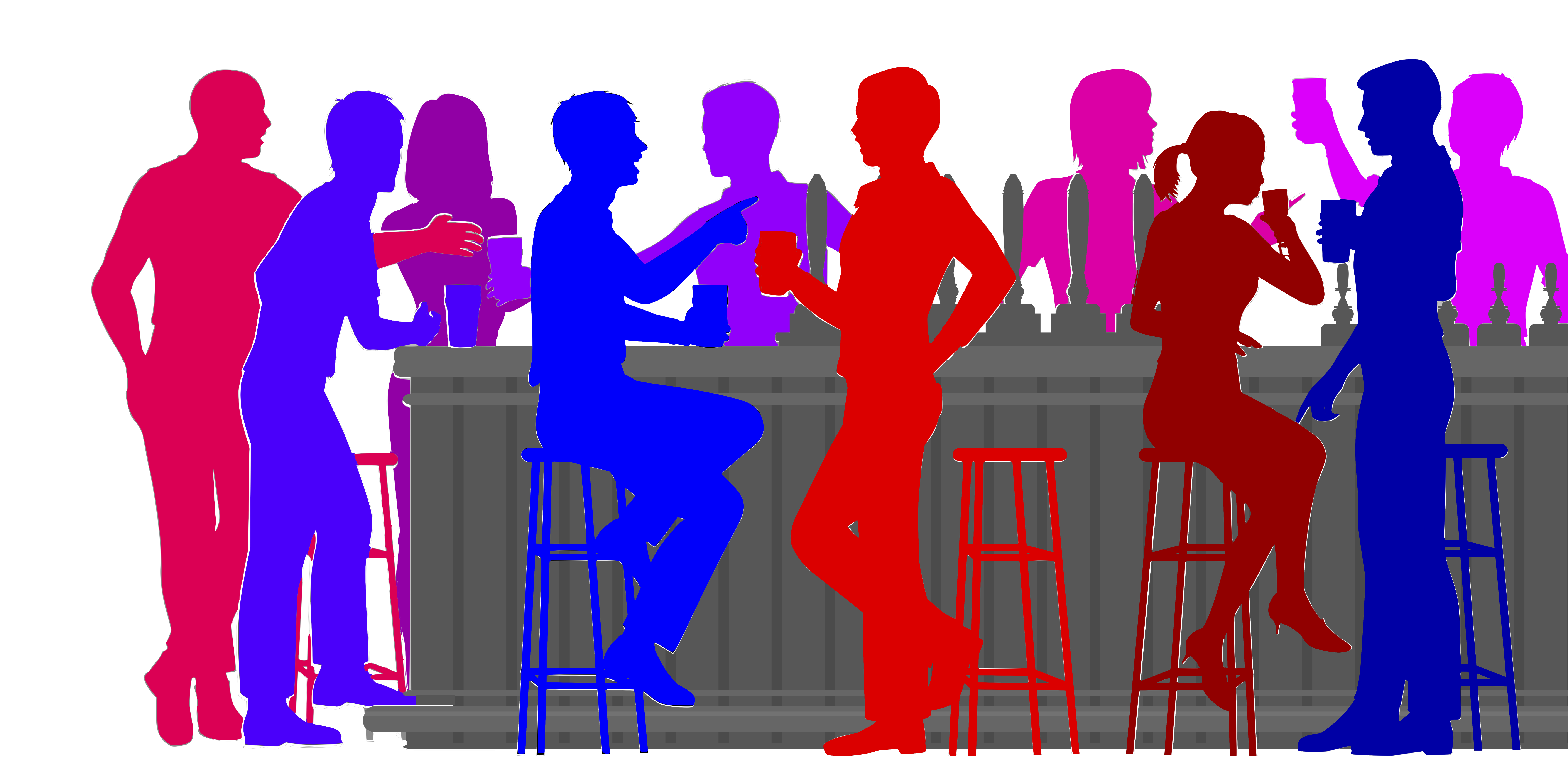 Okay, I’ve probably pissed off everyone who reads this; supporters of President Trump, and supporters of everyone’s favored Democratic candidates. So be it. I’m married, so I know I’m frequently wrong. If you want to sound off in the comments on Facebook, please do so. I may or may not have time to respond promptly.

If you’d like to have a discussion with me in person, I cordially invite you to our upcoming Better Angels event, at the Big Grove Brewery and Taproom in Iowa City. Buy a ticket, they only cost $25, and tell me why I’m wrong. Just be cordial, please!

Get Your Tickets Here
Happy New Year! It’s a Bloodbath Out There!