Twenty years ago yesterday, the United States was attacked by al-Qaeda terrorists who had received training and refuge in Taliban-controlled Afghanistan. Twenty years ago next month, the U.S. and the U.K. launched Operation Enduring Freedom, and the Afghanistan war was begun. Over 80% of Americans supported the war effort in the beginning.

But, the war went on too long, and we witnessed too many failures, from trying to organize a functional national government to training an effective Afghan military. Public attitudes about the war began to shift, and by the time of our evacuation from Kabul last month, over 50% of Americans thought we should withdraw from Afghanistan.

We were able to topple the Taliban quickly, which was one of our goals. But our primary one, the capture or killing of bin Laden, would not be realized until nearly a decade later. If we could have accomplished both of our goals promptly, and then departed, it’s likely that most Americans would have viewed military action in Afghanistan worthwhile.

Instead, Americans are now nearly equally divided on the question of whether the invasion of Afghanistan was a mistake. (There is, of course, a partisan divide here, with Democrats and Independents more likely to take the skeptical view, but nearly one-third of Republicans also view the war as a mistake.)

Council on Foreign Relations: The U.S. War in Afghanistan

I think there will be political costs to Biden over our chaotic evacuation, even though there is plenty of blame to go around, over each administration involved. Bush, of course, began the war, then declared “Mission Accomplished” in 2003 (for the Iraq War, but the implication for most Americans was that it applied to both conflicts), only to see a resurgence in Taliban-backed attacks. In response, Obama expanded troop deployments three-fold between 2009 and 2011, before drawing forces back down again. Trump, sensing the public mood, campaigned on a promise to withdraw from Afghanistan. He negotiated a peace deal with the Taliban, which they failed to uphold. Biden could have renegotiated, but decided to withdraw as planned.

My interest, looking beyond Afghanistan, is not assigning blame, but in exploring what we might do differently going forward. It’s clear to me that we cannot export democracy to any country that is not ready for it. That’s not to say that many Afghans don’t want it; I think most would. Personal, economic, and political independence are powerful attractors. But, I think freedom-embracing democratic governments must develop endogenously, from the people themselves, and frequently helped along by charismatic and visionary leaders among them. 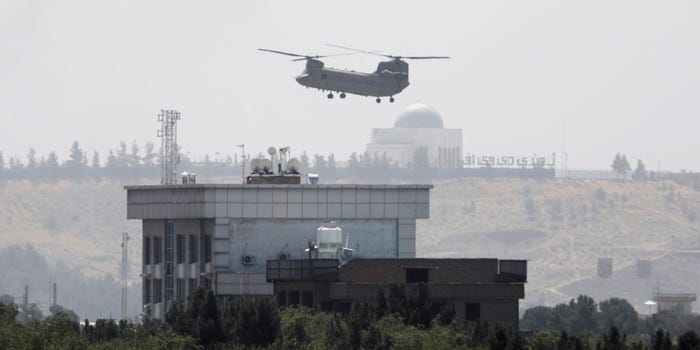 I’d like to see America turn away from geopolitical alliances with regimes which may offer some short-term strategic value, but which do not share our core values of individual liberty and human rights. America, and many other countries, has a long history making such shortsighted alliances, and I think it’s time for that to change. If we truly believe in our core values, let us try to export those to areas in which they might find fertile ground.

Much of the world has been made much safer due to the spread of democratic government and liberal (small l) values, but large swaths of the world still suffer under autocratic and despotic rule. Yet, even in those areas, we can find some green shoots which we might help nourish. In the Middle East, Israel, of course, but also Lebanon; Kuwait, on the Arabian Peninsula; in North Africa, Tunisia and Morocco; Georgia and Armenia in the Caucasus; and many others.

What that outreach would look like will depend on the needs and openness of such countries. But, broadly it would consist of political, economic, and humanitarian assistance, more so than providing military support. I know many Americans are tired of utilizing our financial resources abroad, but I think such peace-enhancing efforts would yield a larger dividend than the trillions of dollars spent and invaluable lives lost in the last twenty years.

PS: I’m not disparaging our military in any way with this post. I considered rejoining the Army after 9/11, myself; but, with two toddlers and a third son about to be born, I chose not to. I greatly appreciate those who did make that choice and served honorably. I am worried about the resurgence of the Taliban, and the risk of further acts of terrorism emanating from Afghanistan. It is my fervent hope that our intelligence agencies will maintain an effective vigil, and that if necessary, I know our military members remain willing to serve.

Turn Off, Tune Out, Drop In It’s Time for a Healthcare Reform Checkup