The TL;DR version: Became a surgeon, married a nurse, and raised a family. Ran for office a few times and lost. Remains very interested in politics and policy, and in leaving behind a world worth inheriting for future generations.

I honestly don’t know what people want with these. I’m not a candidate for office, at least at the moment, so perhaps just a brief bio and some honesty? Yeah, I’ll give that a try. I was born and raised in Kansas, where I had a pretty typical childhood, and learned traditional Midwestern values such as honesty, generosity, and responsibility. That sounds like the usual political pablum, doesn’t it? Yeah, it kind of is. That’s the only line from my old campaign “about me” that I preserved. I kept it because it’s true, and because those values remain important to me. But, at the same time, I remember not always being as honest, generous, or responsible as I wish I had been. My parents and siblings were wonderful, however, willing to overlook my many flaws, and love me in spite of them. 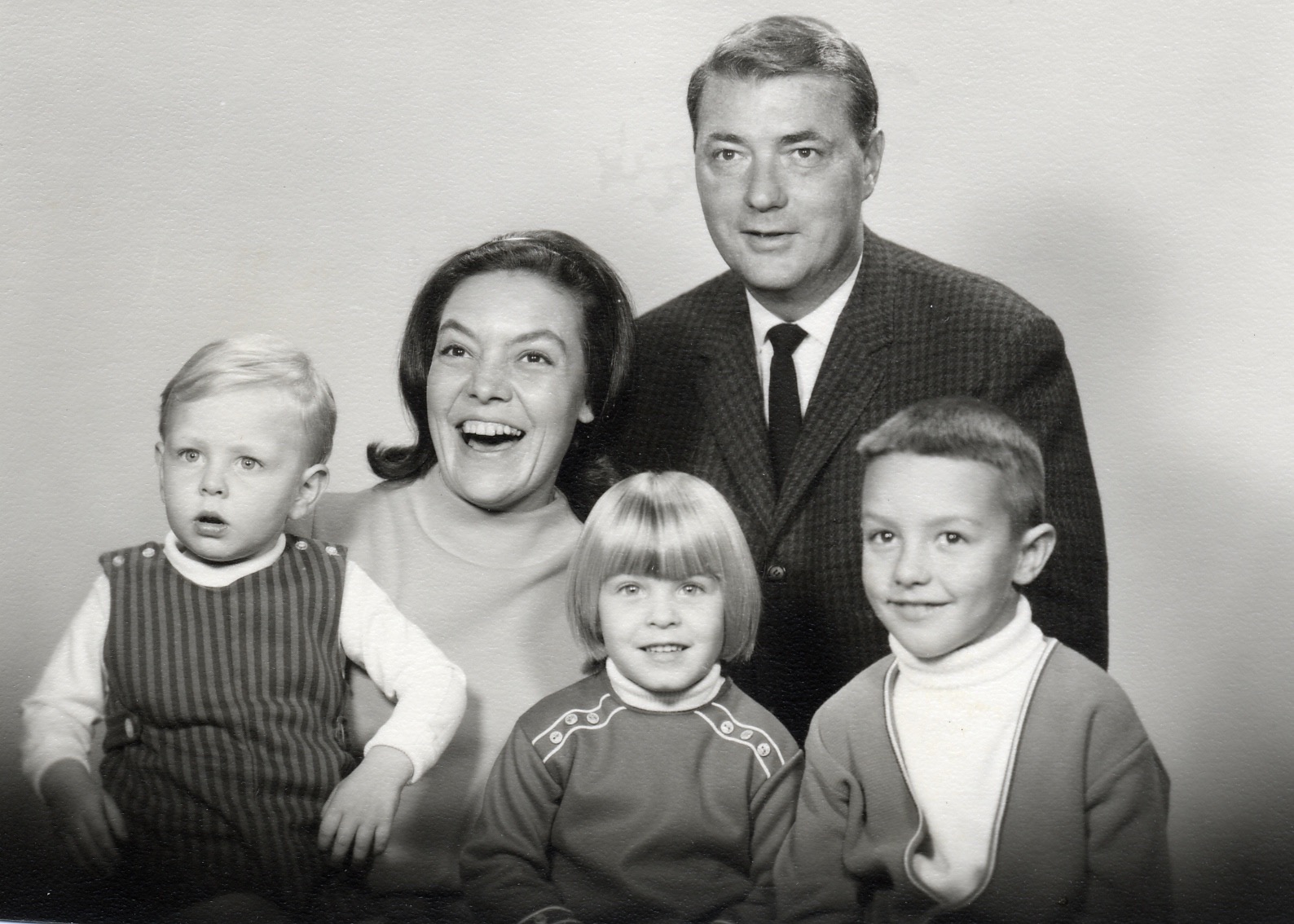 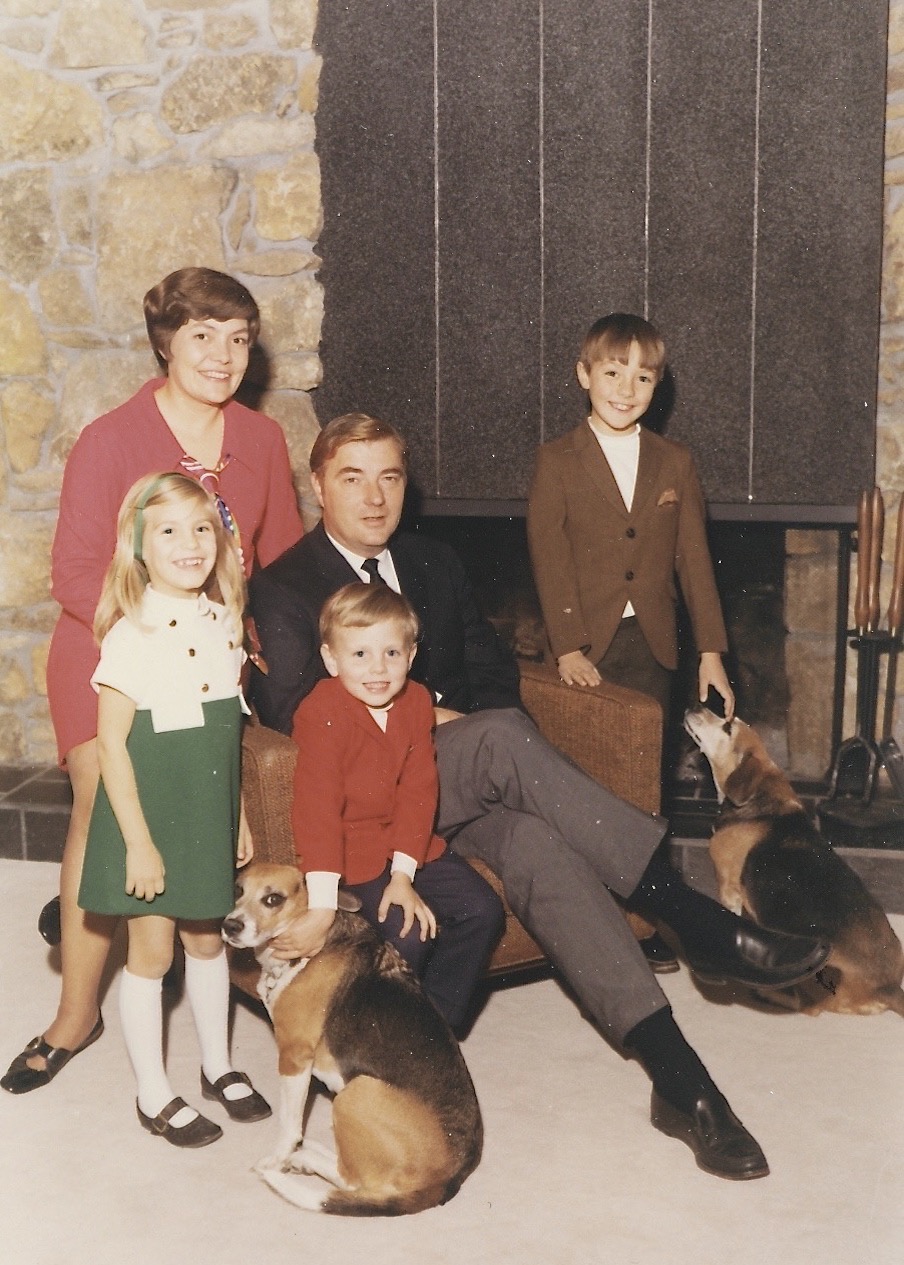 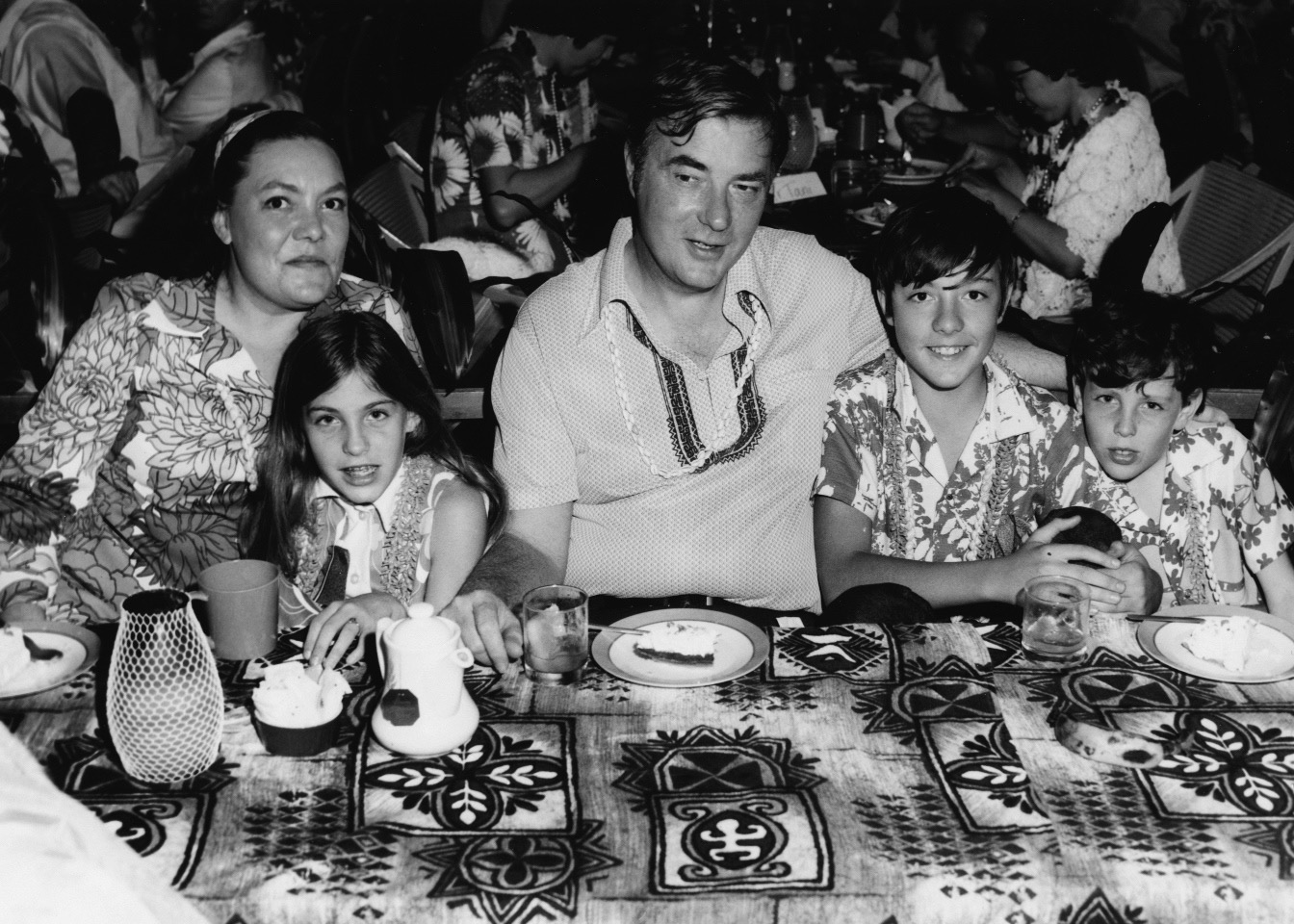 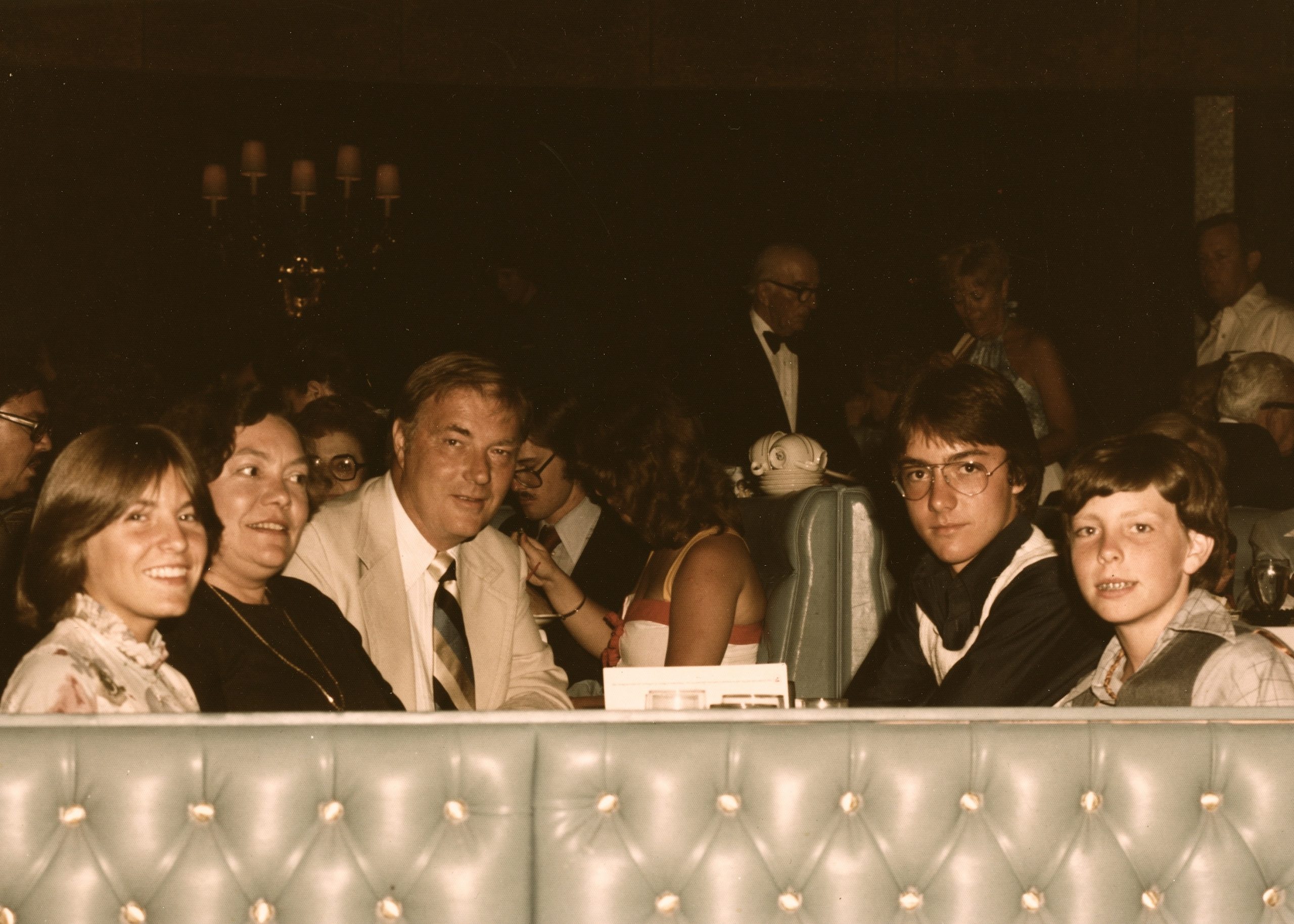 After high school, I entered the University of Kansas architecture program. My father was an architect, and I had a long interest in the subject (and still do), so that seemed like a natural fit. But, I really hadn’t developed good study habits in high school, and architecture studio is very demanding. I dropped out of studio after a year, then dropped out of college entirely a semester after that. I returned to college the next summer, taking a variety of classes. I really liked psychology, so ended up getting my baccalaureate in that. Then, I thought, “what the hell am I going to do with this?”. The idea of entering a masters or doctoral program seemed daunting, so I decided to go to medical school, instead! Actually, I had taken a couple of psychology classes which had introduced me to neuroanatomy and neurophysiology, and I thereby realized a love for the “hard” sciences, so it was an easier path for me. I continued college to get my pre-med requirements out of the way, and then attended medical school at the University of Kansas on an Army scholarship.I served nine years in the U.S. Army Medical Corps as a general surgery resident and staff general surgeon. I had some truly great experiences in the Army, but I didn’t love all of it. The bureaucracy could be stifling, and as a young buck who thought he was more important than he was, that created occasional conflict. Ask me sometime about a computer system, my early hacking adventures, and how I nearly got thrown out of the Army by my commanding general. But, I really enjoyed working with my fellow physicians, nursing staff, and noncom officers (the higher administrative brass I could usually do without). And, I greatly enjoyed taking care of active duty service members, veterans, and dependents from around the world. Particularly during my time in Hawaii, I saw some very interesting patients and disease conditions from across the Pacific. Overall, I look back fondly on my time in the Army, and am proud to have joined most of my family in having served in the military. 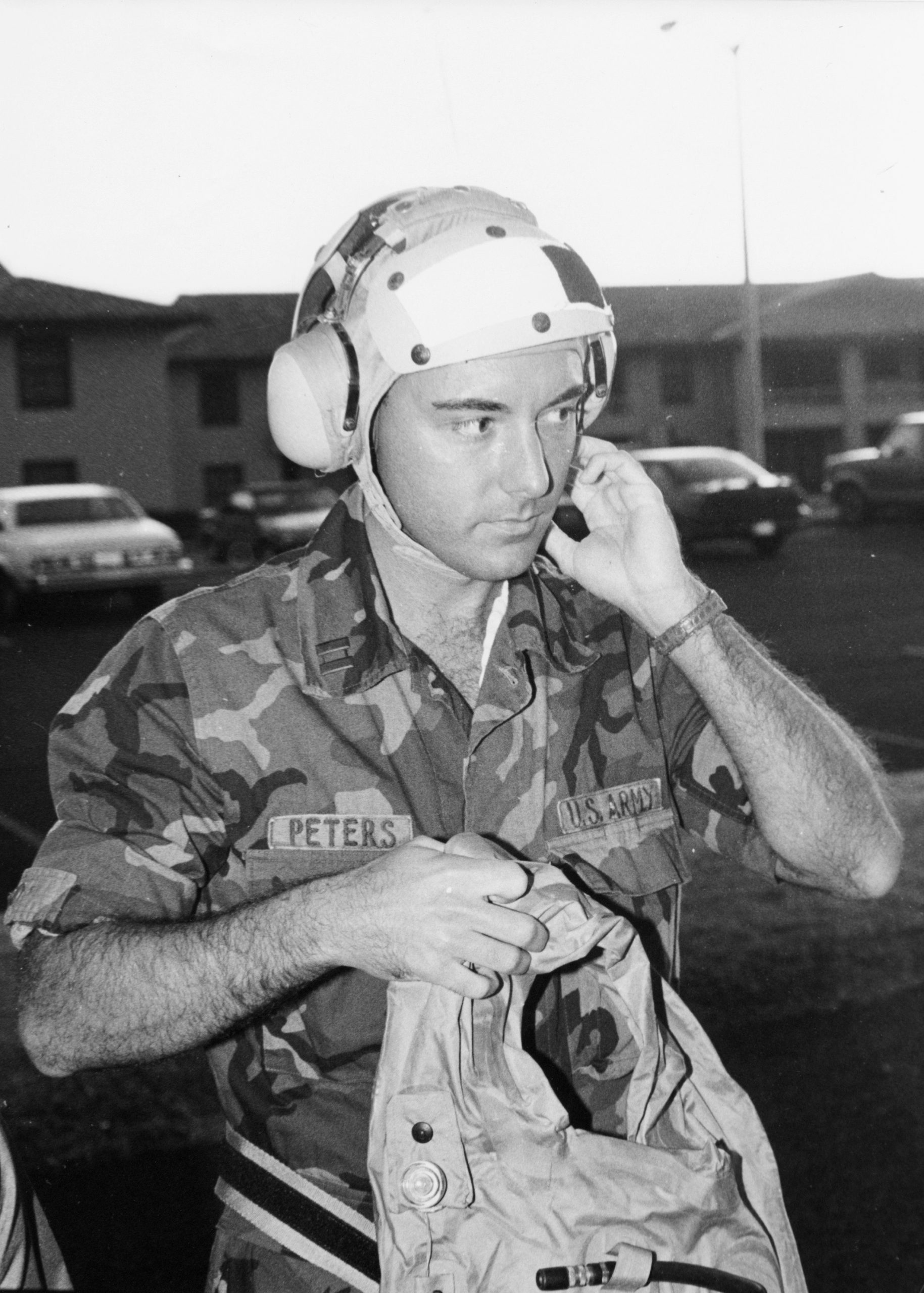 About to board a helicopter to retrieve a fellow surgical resident on Kauai, 1993. 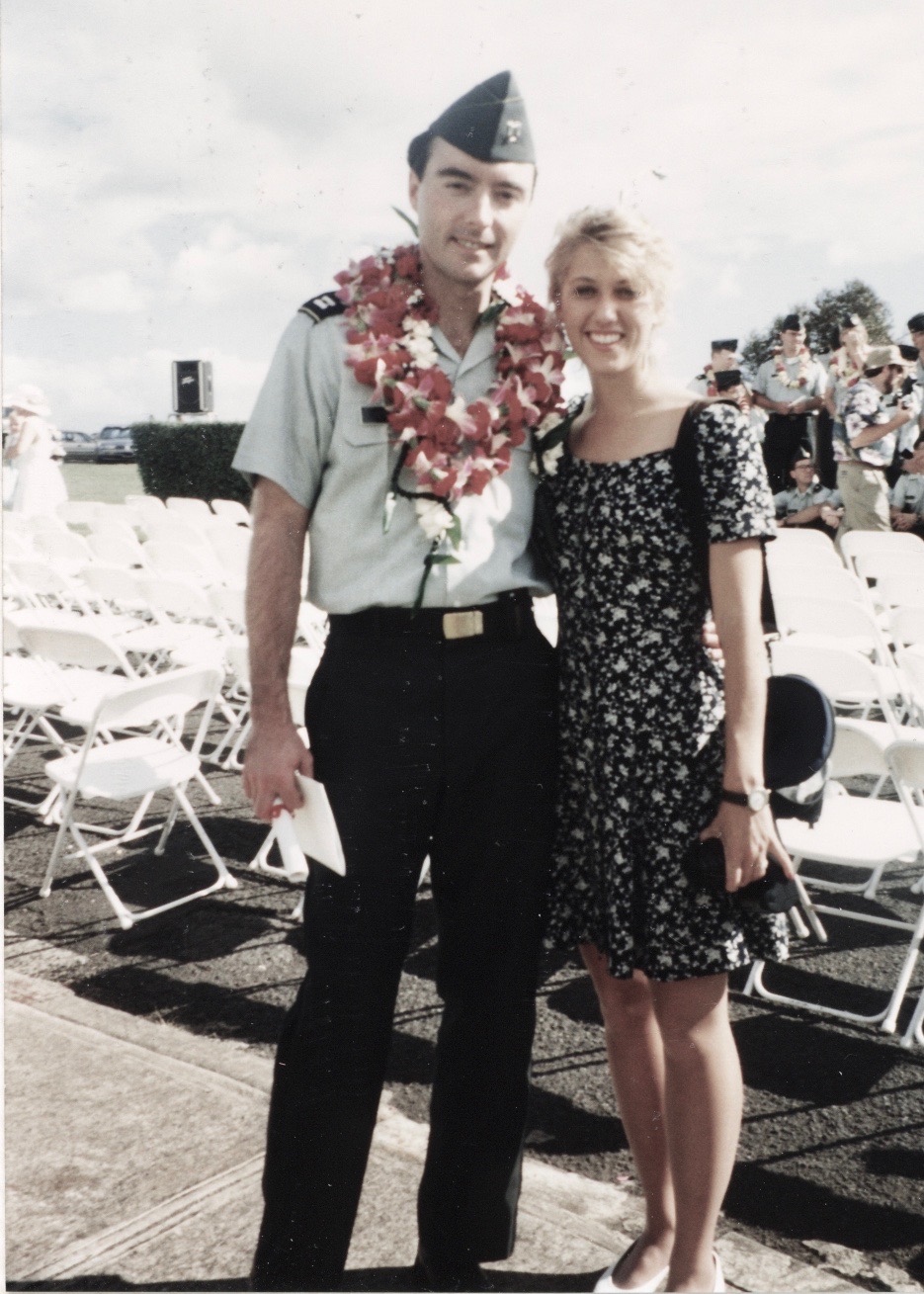 Me and Julie at my general surgery residency graduation ceremony, 1994.

While I was in the last year of my general surgical residency at Tripler Army Medical Center in Honolulu, I met Julie, who was then a traveling civilian nurse, and who had been raised on a farm in northern Iowa. A boy from Kansas had to go all the way to Hawaii to meet a girl from Iowa! We were married less than six months after our first date, and now have been married for over 25 years. Who says “love at first sight” can’t last? 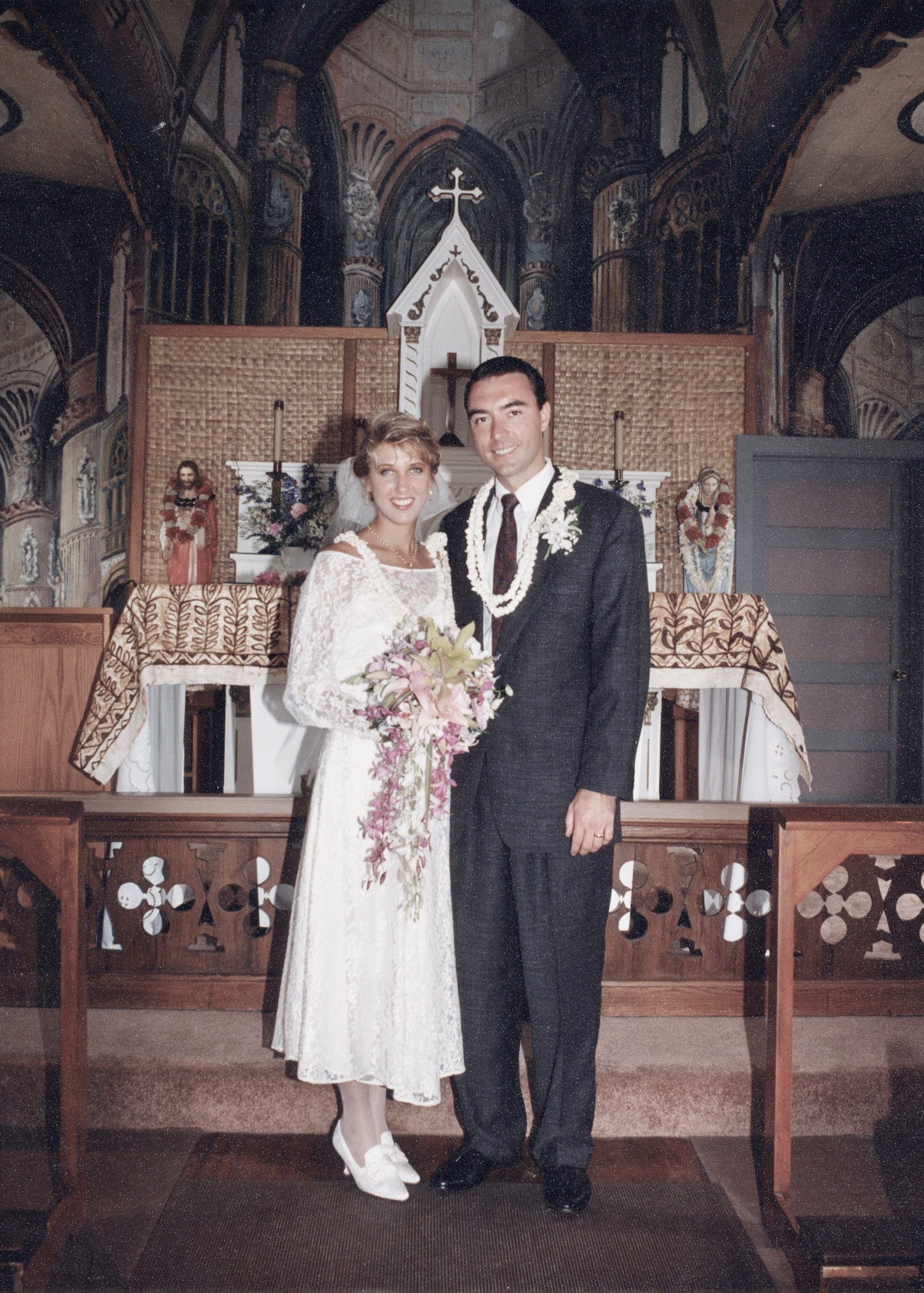 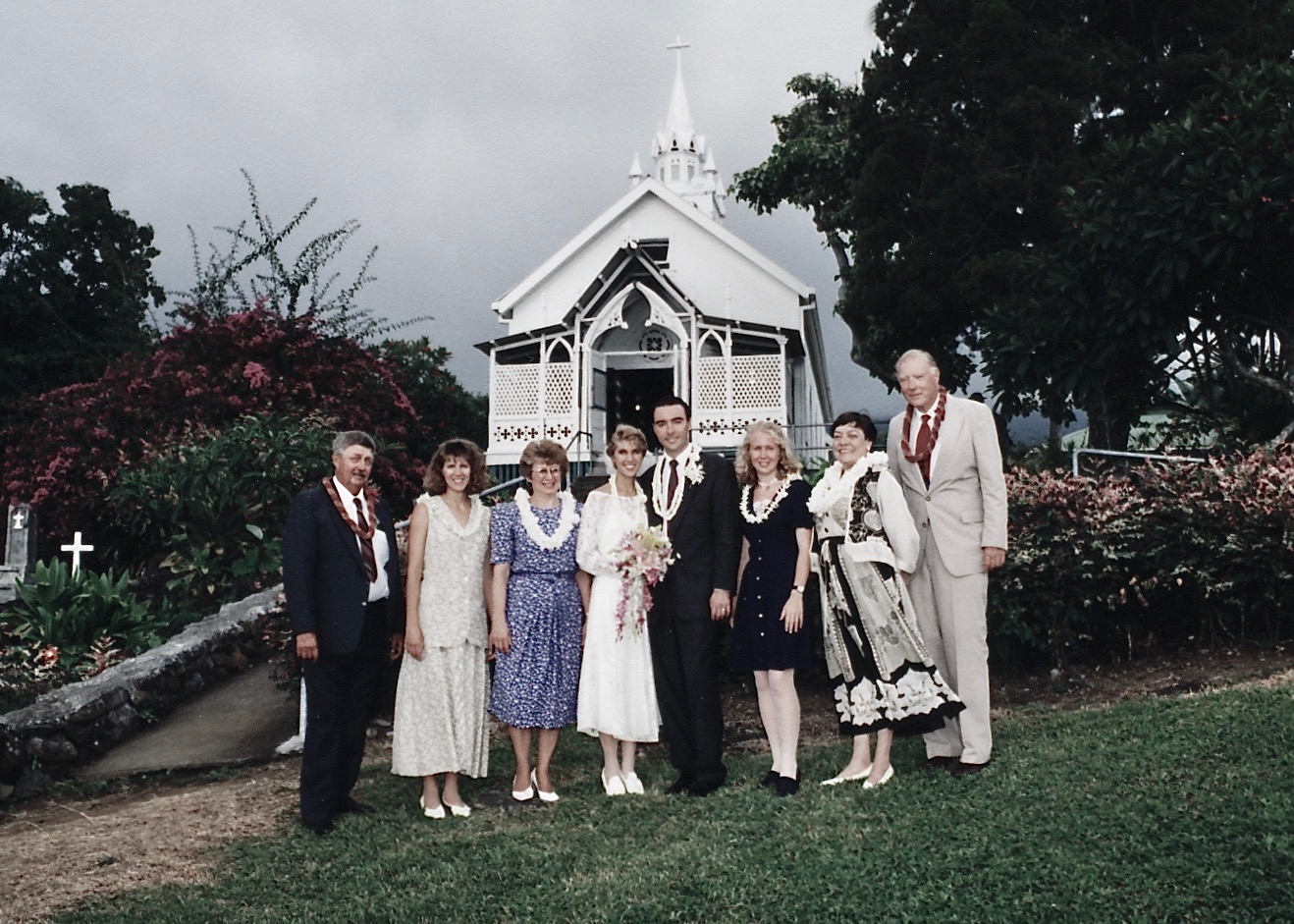 Julie has truly been my anchor since. She gradually tamed the “rebel without a clue” (as one of my friends once called me). Since Hawaii, Julie and I have lived in Georgia (last Army post), Oklahoma (thoracic surgery residency), Indiana, and Colorado, before returning to the midwest and settling in Iowa in 2004. Along the way, we’ve been blessed with three sons, all born in different states. Cole was born in Georgia in 1997, Jake bas born in Oklahoma in 1999, and Caleb was born in Indiana in 2001. In 2018, were further blessed with the arrival of our first grandson, Jake’s son, Liam, born right here in Iowa! 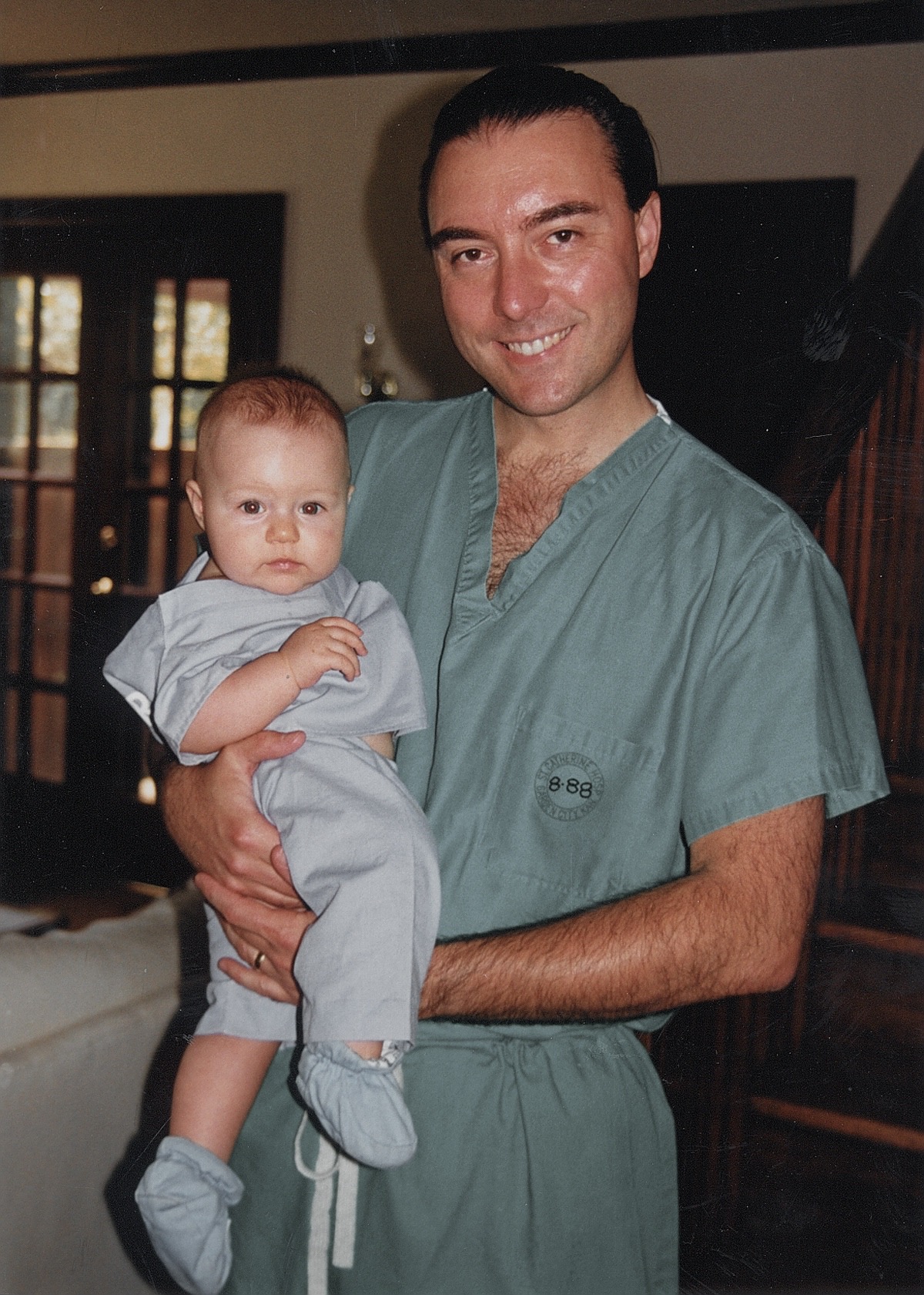 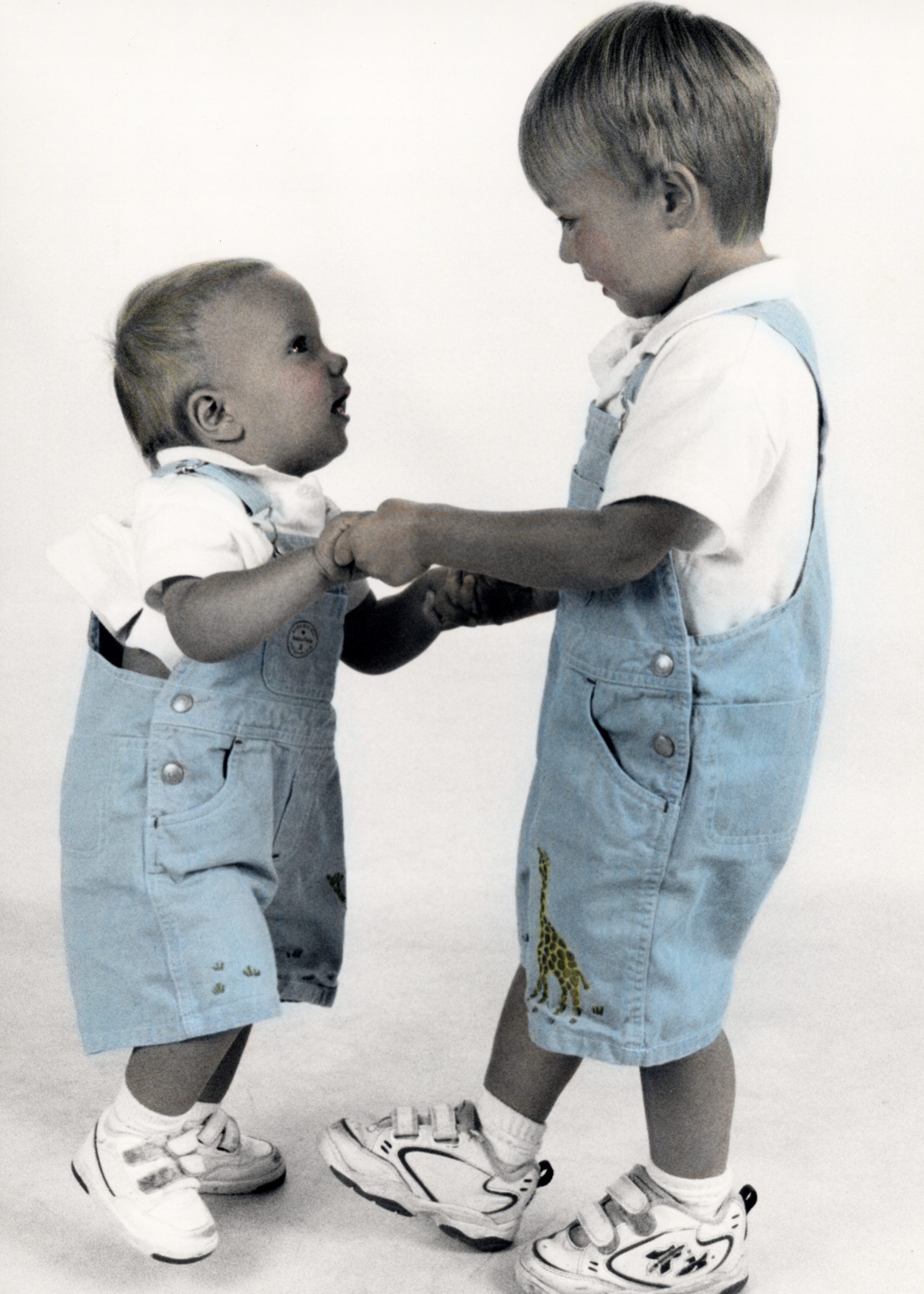 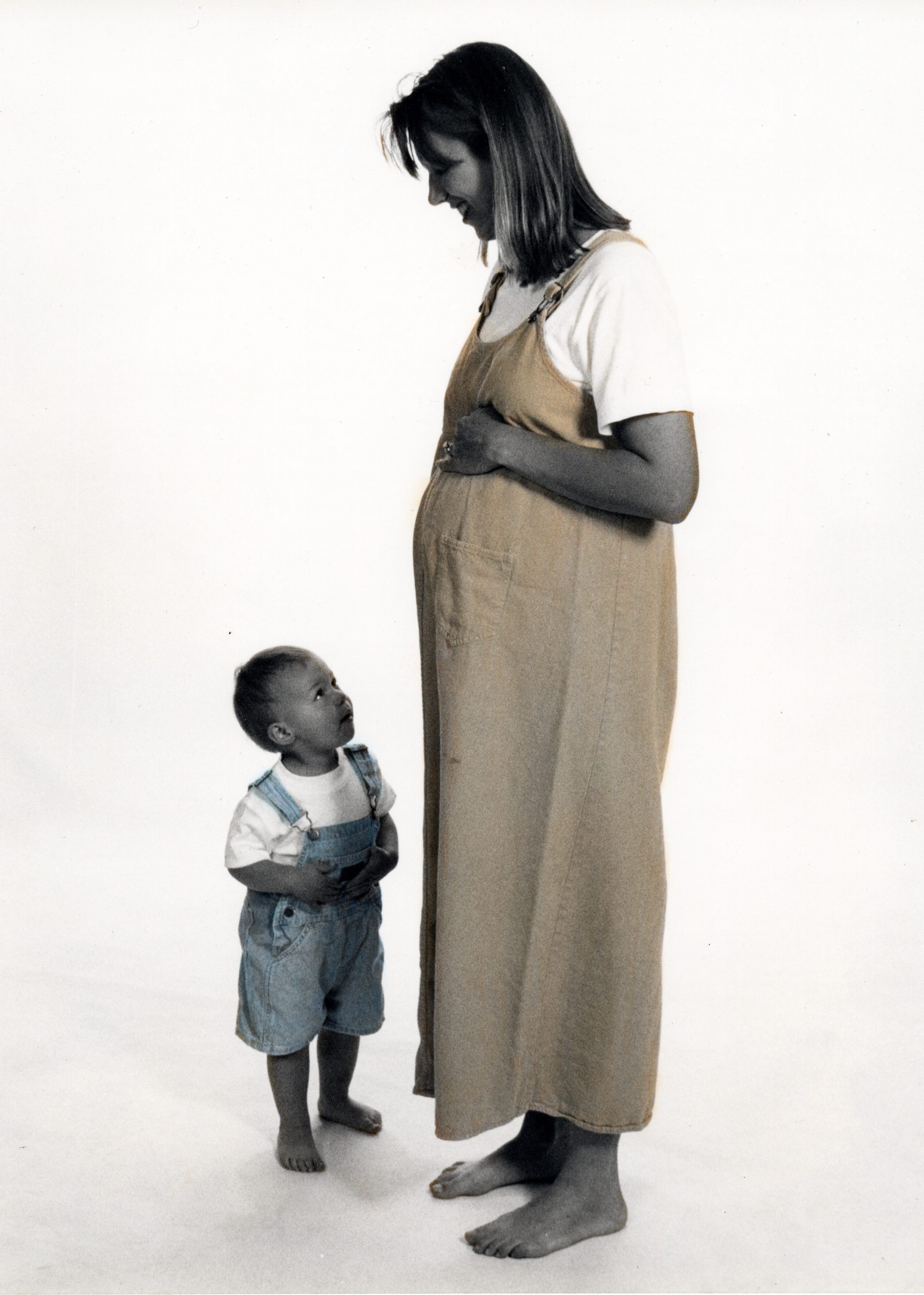 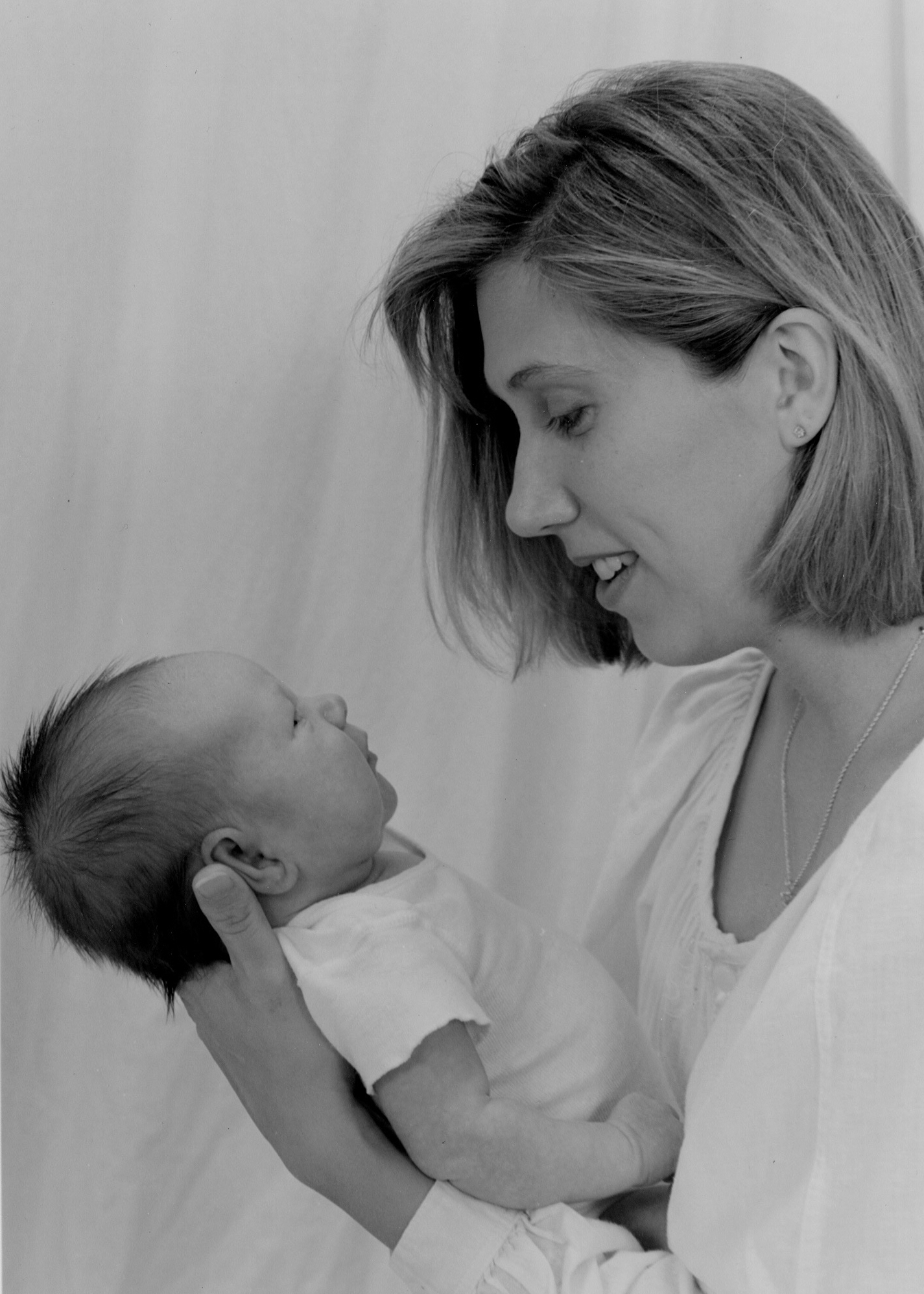 After my military service, I completed a second residency, in thoracic (chest) surgery, at the University of Oklahoma. I was a thoracic surgeon at Mercy Hospital in Iowa City until 2012, and also covered other nearby hospitals in Iowa, to include Allen Hospital in Waterloo, until 2017. I now own and operate an outpatient surgical clinic in Coralville, Corridor Vein Center. Julie also works at my clinic, both as a nurse and as our office manger, and is also working as a nurse in an inpatient geriatric psychiatry unit at the University of Iowa. I was never terribly interested in politics during these halcyon days, content to focus on my family and surgical career. 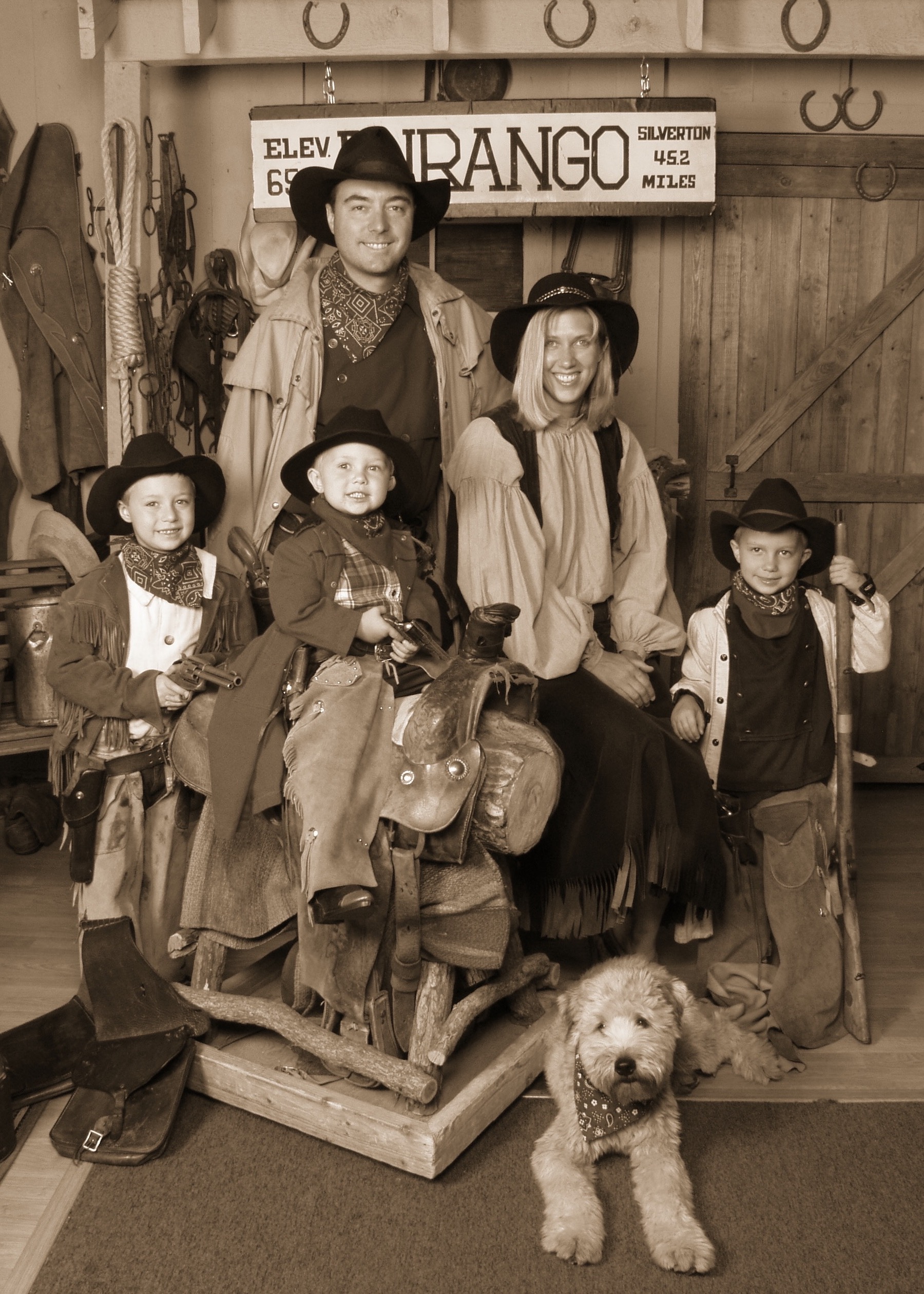 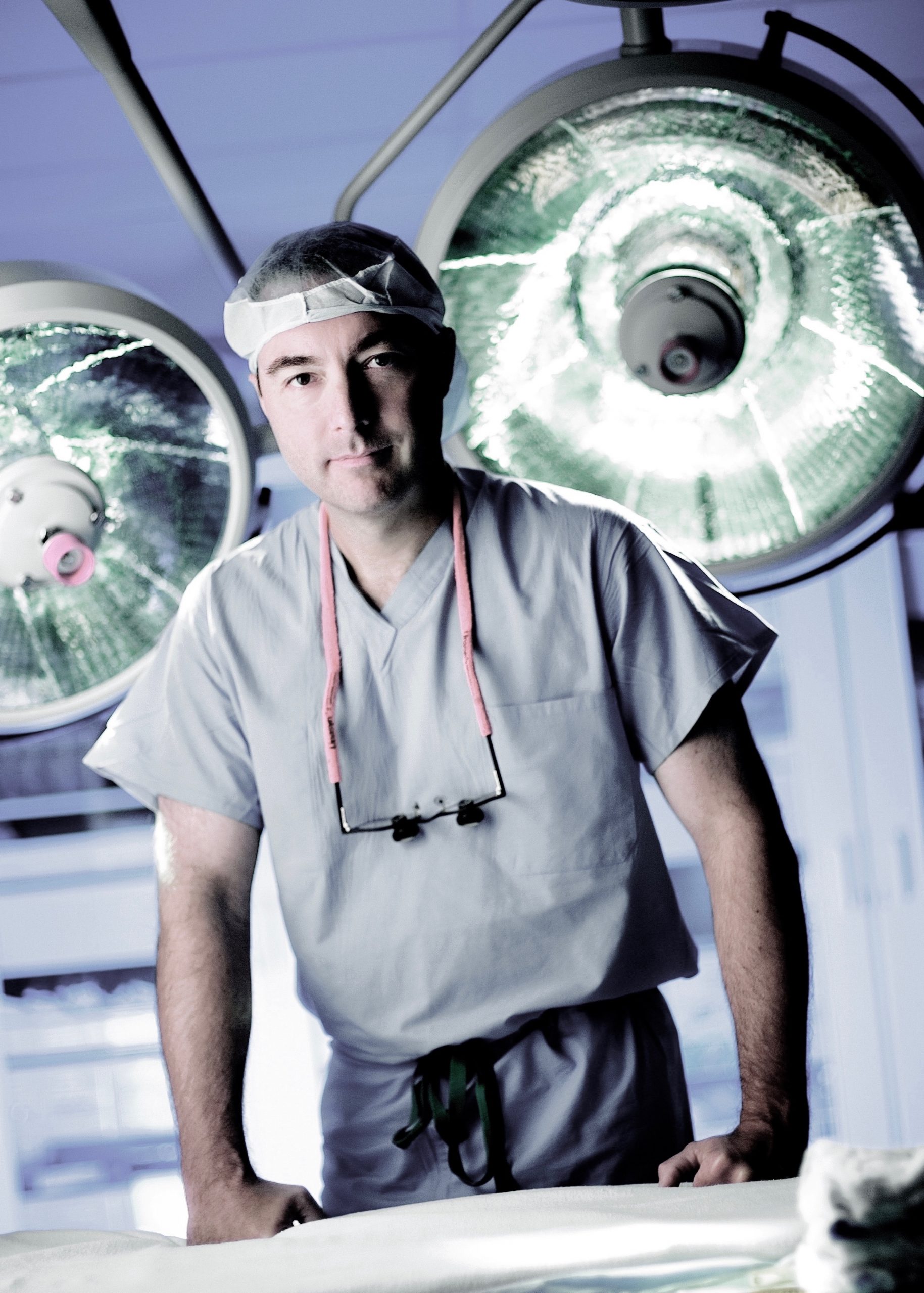 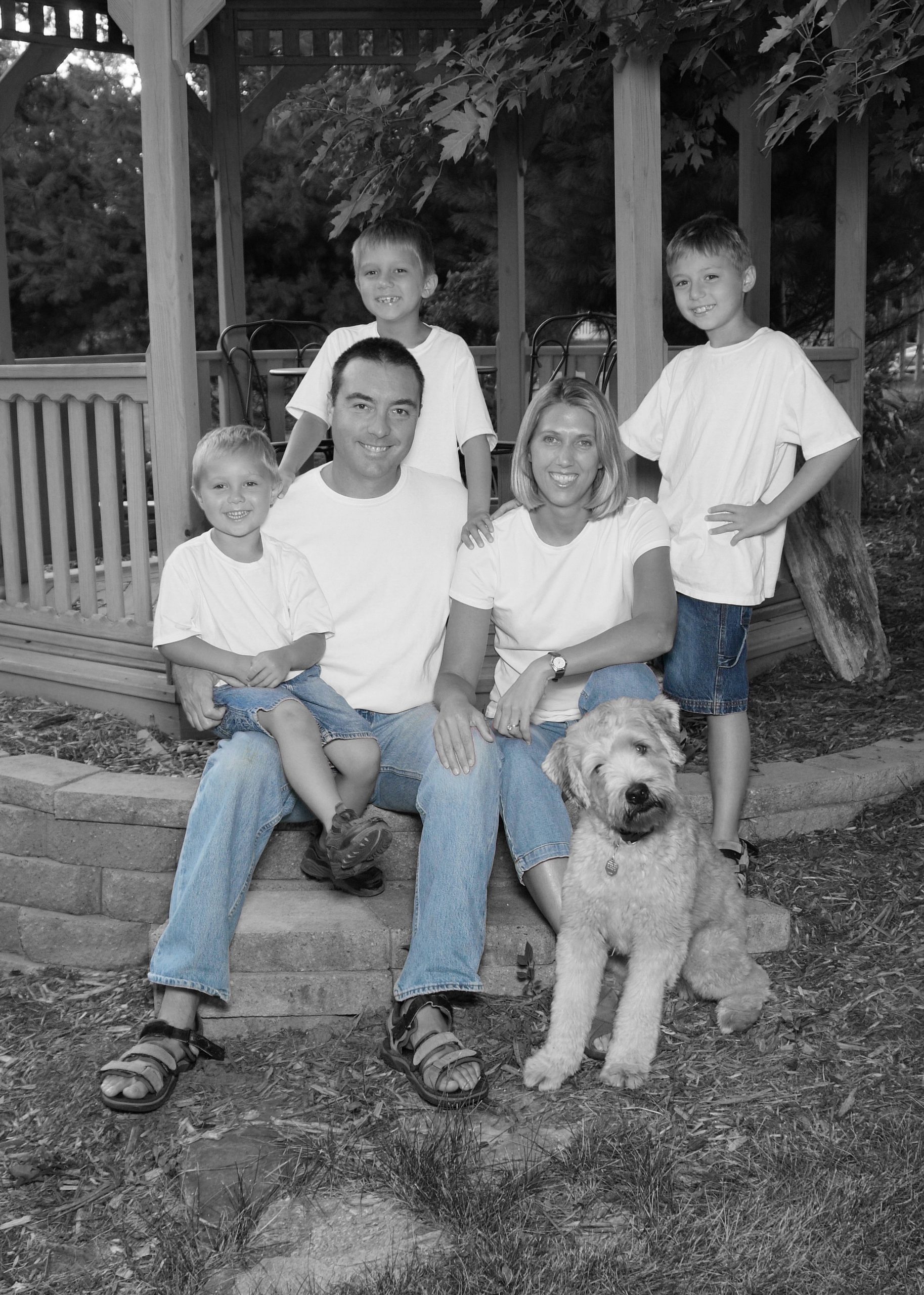 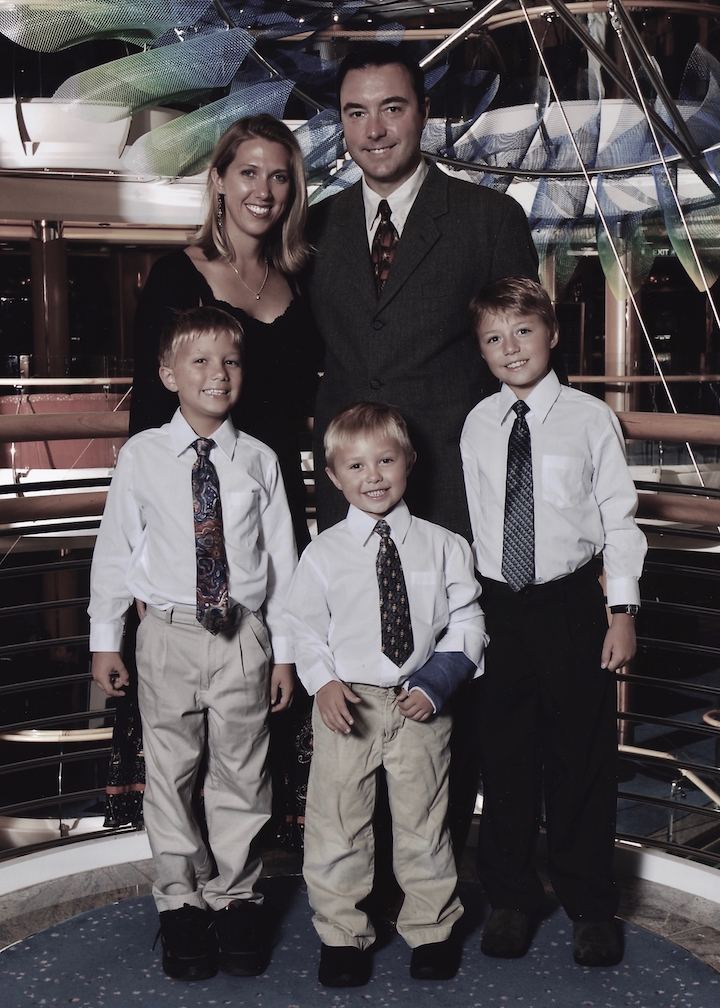 Something bad happened to me beginning around 2007; I got bit by the political bug. It started with the subprime housing crisis and subsequent Great Recession, and continued with the discussions about healthcare reform that led to the Affordable Care Act. I began studying economics and political philosophy, among other subjects, as I wanted to understand problems like these in the same way we physicians try to diagnose and treat diseases. I realized that the seeds of our economic collapse in 2008 were sown by political decisions made decades earlier, and that many of our elected officials really didn’t know what they were talking about when it came to healthcare reform. And, truth be told, that’s still where we’re at. We have yet to correct the problems underlying the Great Recession of 2008, and we still haven’t done much meaningful about healthcare reform. And, those are just two issues among many that concern me. Unless we can fix our broken politics, I am very worried for the future my sons and grandson will ultimately inherit. 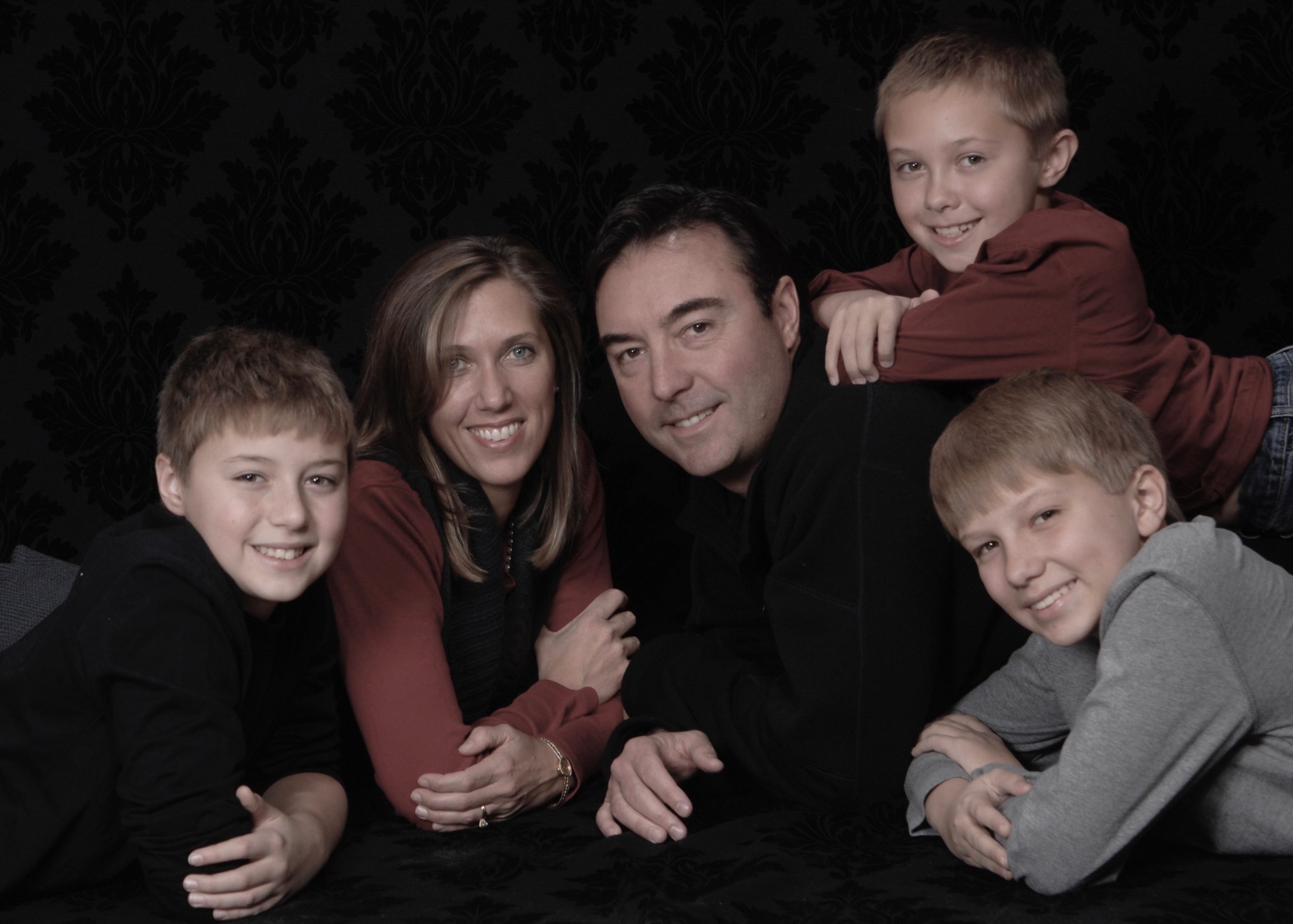 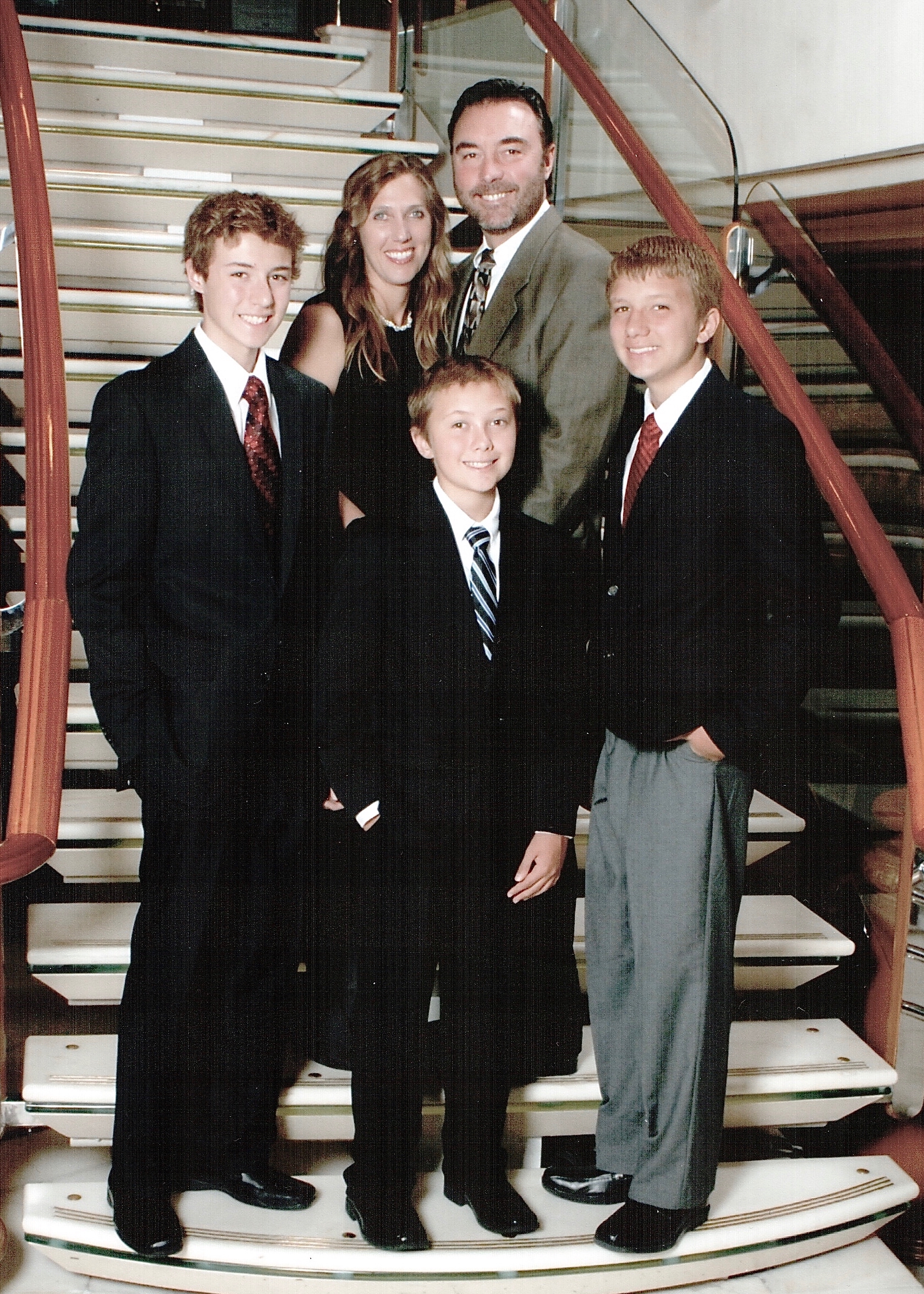 On a cruise ship between New Zealand and Australia, 2013. 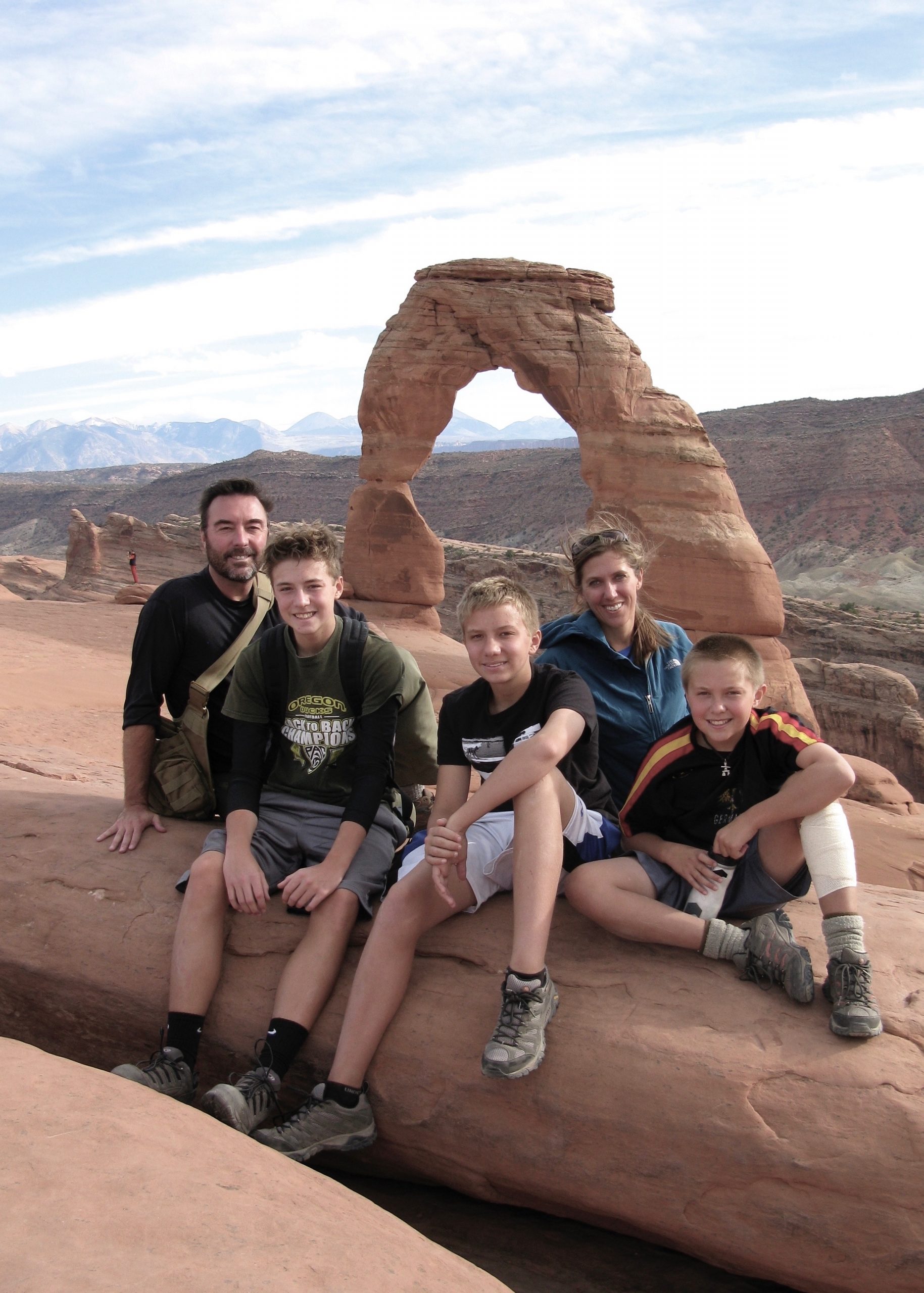 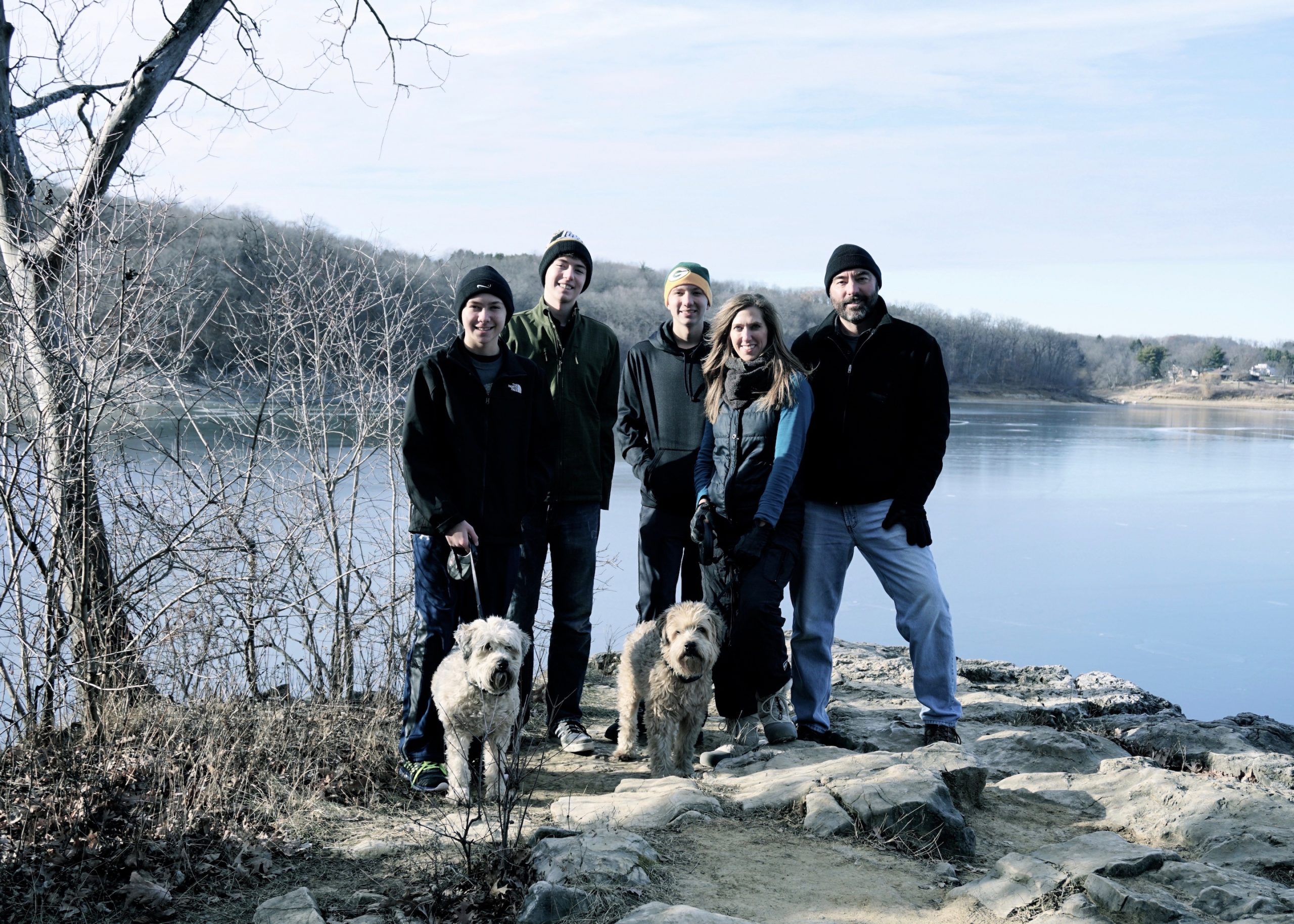 At the Coralville Reservoir, 2015.

So, I dragged my family into the political world. I ran as a Libertarian candidate for the Iowa Senate in 2010, never expecting to win, and I didn’t. I then ran as a Republican candidate for the U.S. House of Representatives in 2016 and 2018. I lost by a respectable margin in 2016, but got killed in 2018, when the “Blue wave” struck Iowa, even knocking over two of our three elected Republican Representatives at the time. So, yeah, I’ve got all those losses going for me! Despite the electoral outcomes, however, I still feel like I made a difference, however slight. I think I established myself as someone who is an independent thinker, who is not beholden to partisan politics, and who truly cares about the future of this great country. 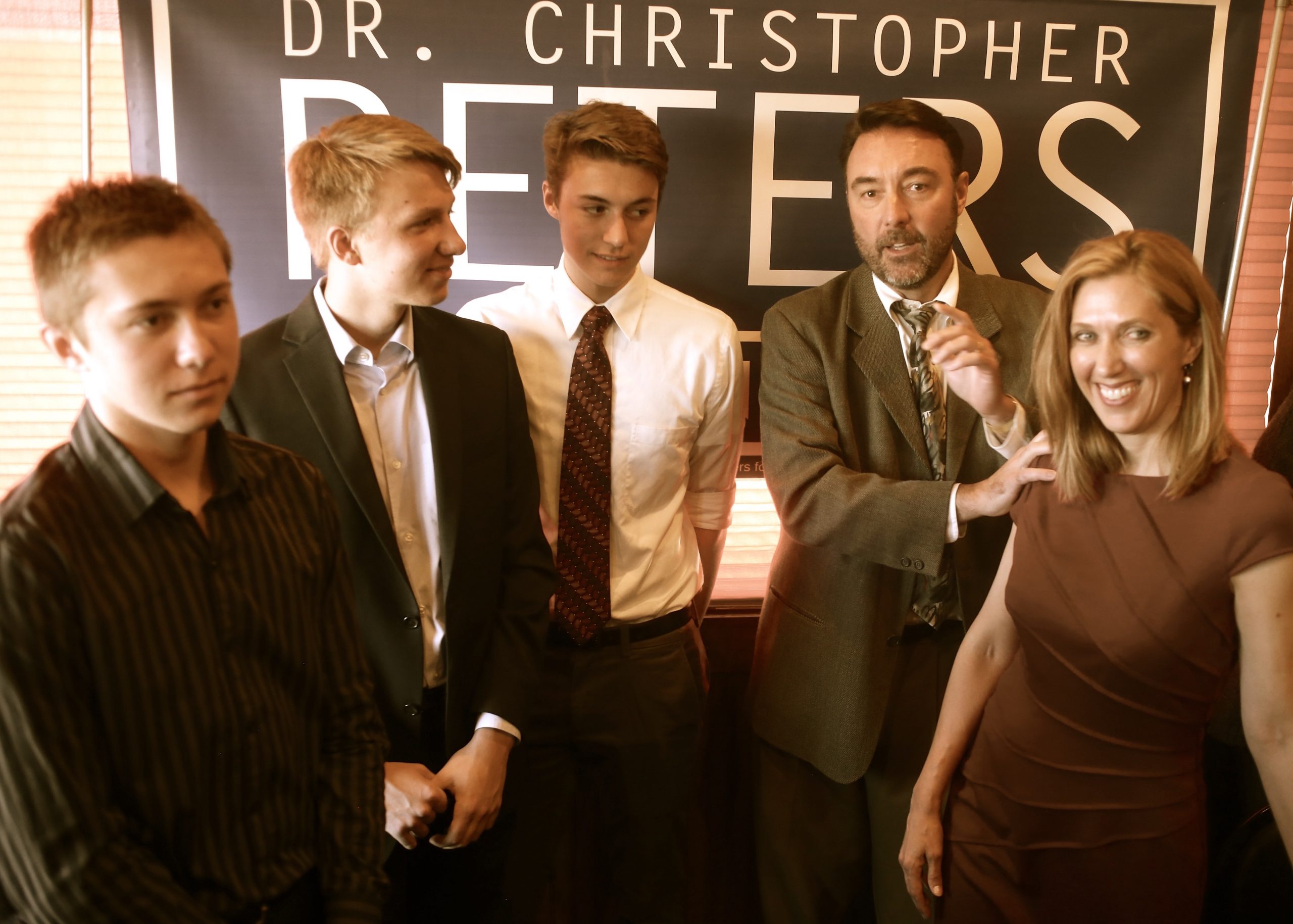 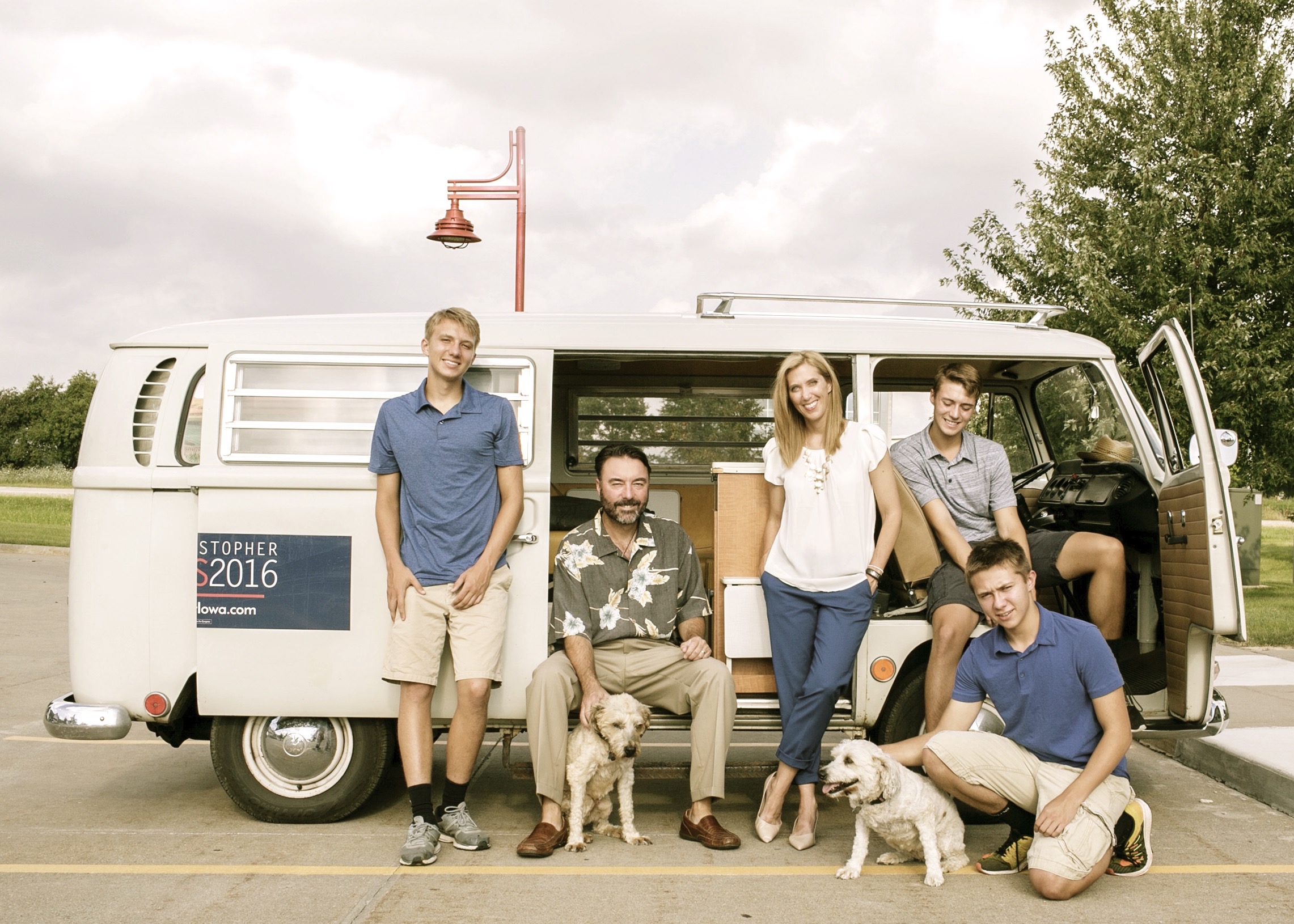 On this site, I want to continue to push boundaries, to hopefully inspire others to think differently about political issues, and to seek realistic solutions for problems we do need to address. I believe that one of our most pressing problems is our intense political polarization; in which we do not merely disagree with one another, but actually think the “other side” is evil or stupid. The reality is that the “other side” is not going away, and we need to work together to find common ground and pursue common sense solutions for our political problems. 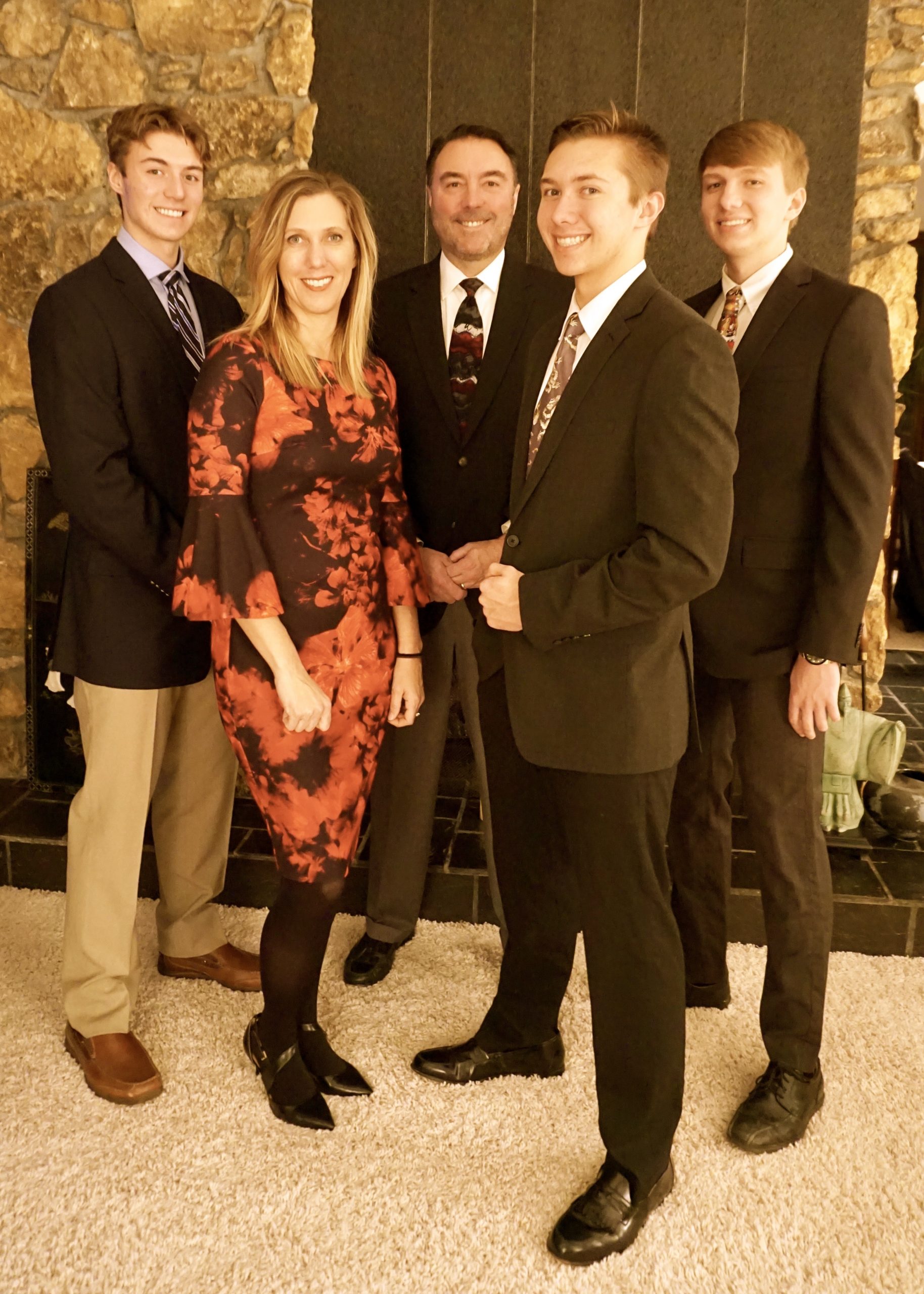 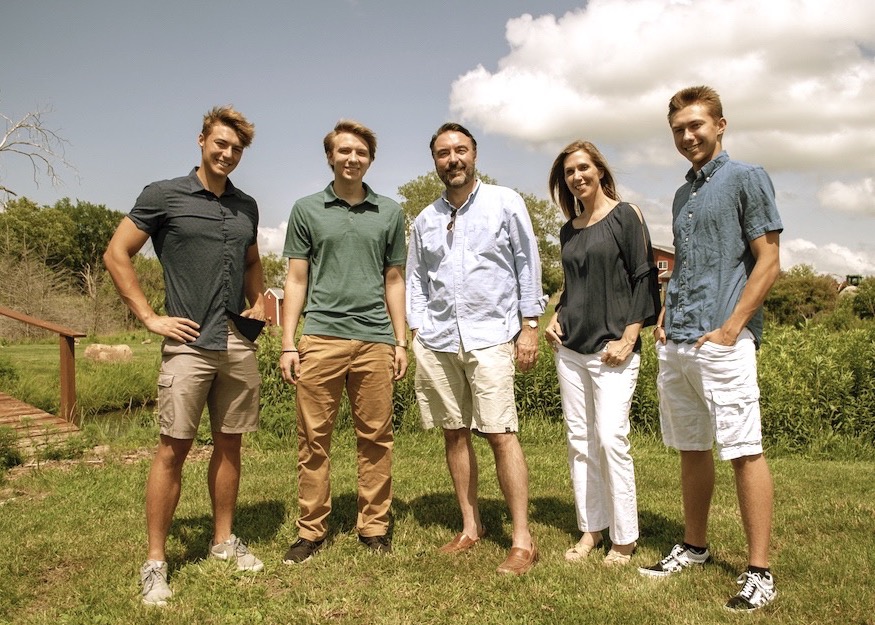 In addition to my work on this site, I’m also serving as the volunteer state coordinator for Braver Angels in Iowa. Braver Angels is a national, nonpartisan, and nonprofit organization which seeks to reduce political polarization and promote civil discourse. As I like to point out, we are supposed to be a self-governing society; but, how can we govern ourselves if we can’t even talk to one another? It has been wildly successful nationwide, and in Iowa. If you’d like to learn more about the important work Braver Angels is doing, check out braverangels.org. You can also find some good videos about Braver Angels on this website, at docpeters.org/videos. 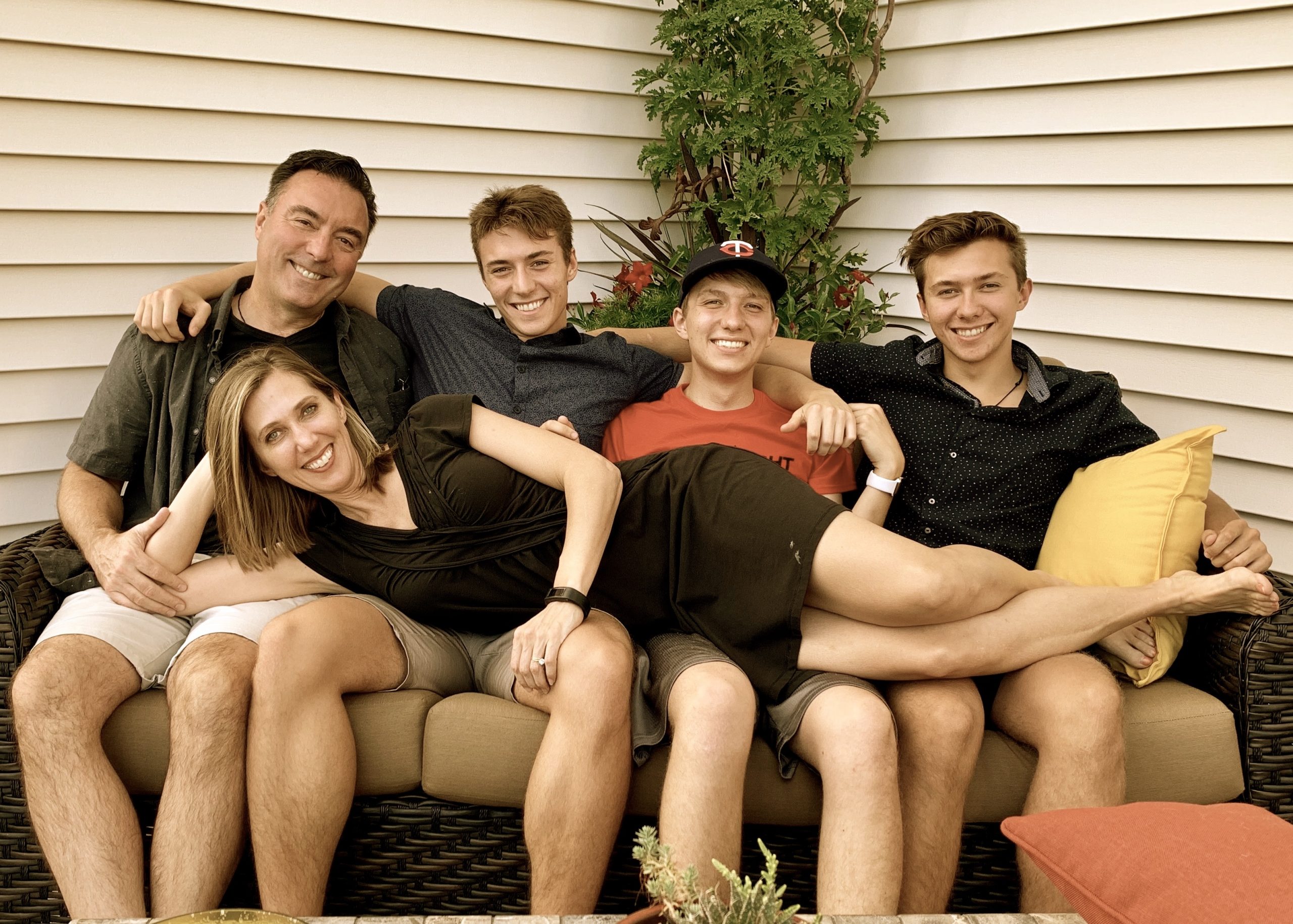 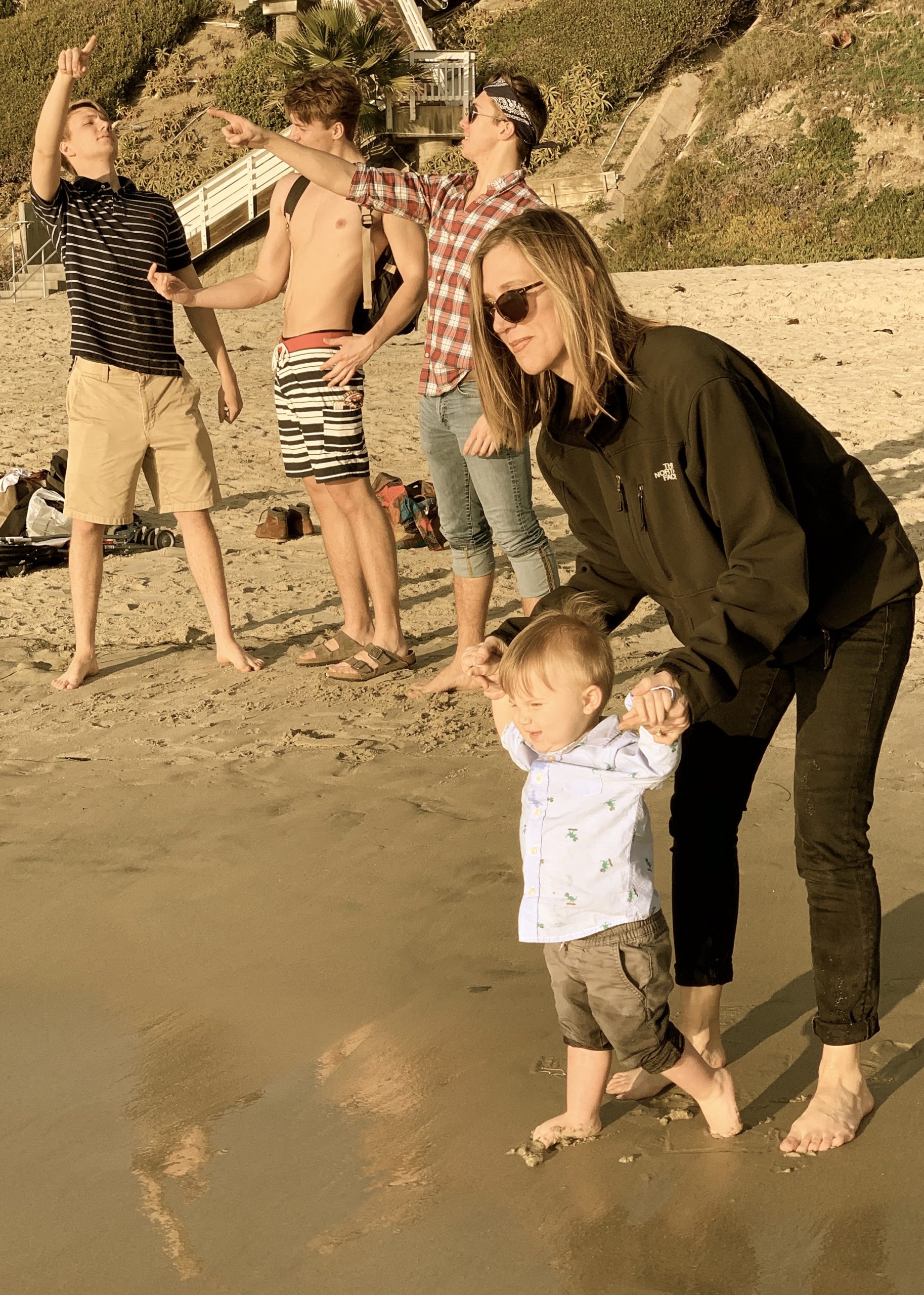 Julie and Liam, with our boys photobombing in the background, in California, 2020.

Looking back over these photos, I realize how remarkably blessed I’ve been. It is sometimes said that living good is its own reward, and that’s probably true. But, it takes a lot of work, and there are unexpected course corrections as we travel along. The best we can do is keep plugging away, seeking out beauty and love wherever and whenever we can find it, and try to leave this world a bit better than we found it.In peace and liberty,Christopher